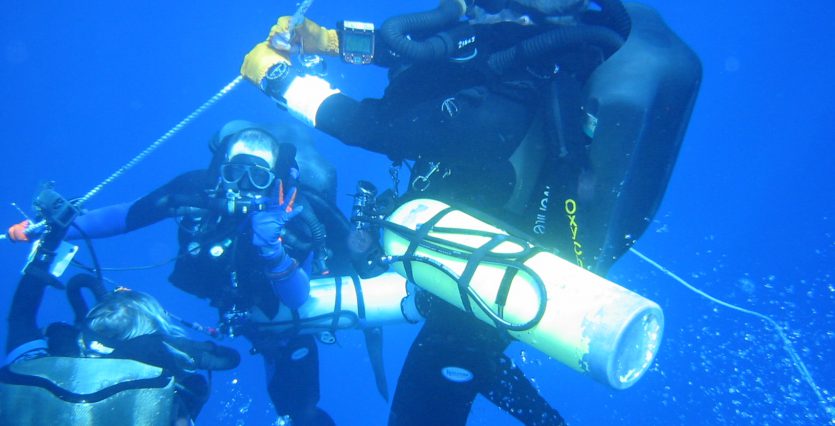 Tech Diving Q & A and Glossary of Terms: Part 2

Next is a collection of technical queries and explanations. These have crossed our phones, emails, and mailboxes over the years. Some of the more interesting follow, and some have been mentioned in earlier Tech Corner articles in Sources:

Deepest dive ﬁrst destroys bubbles on next dive?
Maybe. Bubble and seed reduction on successively lessening pressure cycles have been seen in the laboratory but never measured in divers per se. Seems sensible from both the bubble and dissolved gas sides, as successively shallower dives result in lower computed tissue tensions with table and meter usage.

Bubbles obey Boyle’s Law under compression-decompression?
Nada again. Bubble shells in the body are normally lipid or aqueous substances. Under pressure and/or temperature changes, these substances render the gas inside as non-ideal. Non-ideal gases do not obey Boyle’s Law though the departure is small for thin aqueous shells and more pronounced for thick lipid shells.

Nucleation and cavitation are the same thing?
Not quite. The processes are distinctly diﬀerent mechanisms. Unfortunately, terms are used interchangeably at times. Cavitation refers to the separation of liquid layers, holes, and defects and/or subsequent ﬁlling of voids with gas or vapor. Nucleation underscores the existence of preformed, very small, gas microemboli that possibly receive cavitation void gas or vapor and grow depending on conditions. The lifetimes of the gas microemboli are unknown in divers. Gas nuclei are also thought to possibly stabilize for longer periods of time seeding bubble growth after pressure changes independent of any cavitation. A debated issue in divers is the question of persistent micronuclei. And time scales for persistence. 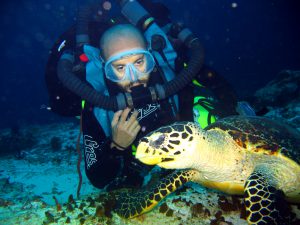 Helium bubbles are smaller but more numerous than nitrogen bubbles in divers?
Not really known in divers but seen in substrate experiments. Suggested by molecular properties of both gases. Computer bubble algorithms focusing on helium and nitrogen number distributions usually take the total bubble volume of both to be nearly the same in diver staging calculations. The cumulative volume of all bubbles in a bubble number distribution is called the phase volume and is used to limit diver ascents in BMs.

Helium NDLs are greater than nitrogen NDLs because nitrogen outgases slower?
No categorically until you reach the 200 fsw level. At that point, they are both very short. Otherwise, helium NDLs are shorter, just the opposite.

Does the product of gas diﬀusivity times solubility scale NDLs and decompression staging?
Yes actually, but you will not see this in available tables, software, or decompression meters popularly used these days. That may change. 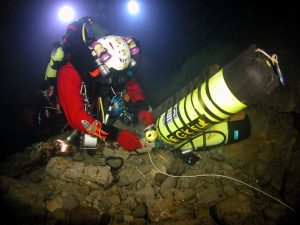 The high solubility of nitrogen generally makes nitrogen less desirable for diving?
For sure, especially when coupled to its molecular weight. But air is plentiful and cheap, and helium is expensive. Technical and professional divers do not dive deep air these days with the limiting depth for air diving being something in the 130 fsw range. Nitrox and helitrox are even better shallow gas choices than air.

The Pyle half-stop (ad hoc) protocols correlate with the VPM and RGBM?
No, not rigorously but like the Bennett and Marroni prescriptions, half-stop protocols mimic broad features of bubble models (BM). 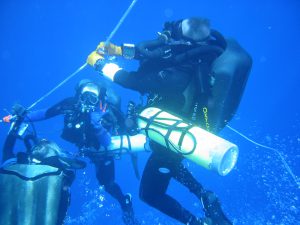 The RGBM is patterned on Doppler bubbles?
No. Doppler bubbles are moving bubbles in the bloodstream coming from sites all over the body. They correlate weakly with DCS incidence in divers excepting limb bends. The RGBM is correlated with DCS outcomes in actual proﬁle data downloaded from dive computers.

The RGBM and VPM are correlated with diving data?
Deﬁnitely yes, as stated over and over.

Click here to review Part One, Part Three and Part Four of the series. from the series.

Previous Post
Florida’s Treasure Coast: Shark Mecca of the Atlantic
Next Post
Can Conservation be too Successful?