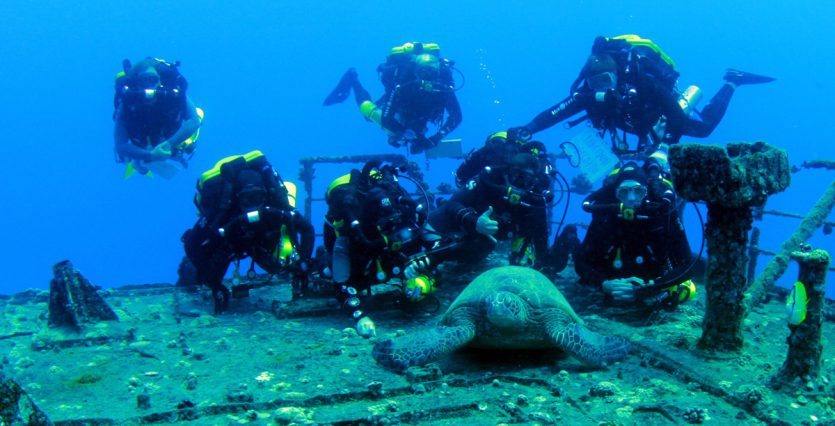 Tech Diving Q & A and Glossary of Terms: Part 3

Diﬀerences between Haldane models and RGBM are not important for recreational diving?
Not quite. For single nonstop dives on air and nitrox, this is true. It’s not generally true for repetitive, multiday, and deeper-than-ﬁrst diving, with diﬀerences notable for short time intervals, large depth decrements between successive dives and deeper excursion for longer bottom times.

NAUI Recreational and Technical Tables have been tested in the ﬁeld?
For sure and correlated with the RGBM Data Bank. Field testing is an ongoing process. The hundred-thousands of dives performed by NAUI recreational and technical divers (students and instructors) strongly attest to this fact. DCS spikes in RGBM diving are nonexistent.

Dive computers and diveware extrapolate outside nominal diving envelopes for the mixture and device (OC and RB) employed?
They extrapolate to any diving activity inside or outside nominal envelopes, or they may shut down if depth exceeds programmed algorithm limitations. The user manual often speciﬁes algorithmic ranges of depth and altitude for which data correlations exist. Diving beyond the envelope is risky business.

Some dive computers oﬀer both GM and BM algorithms as diver choice?
Yes as seen earlier. For increasing depth and time, diﬀerences in staging regimens increase obviously and can be easily seen. GM and BM choices are best made by seasoned technical and professional divers using correlated algorithms or time tested protocols.

Aggressive-to-conservative knobs on computers and diveware vary widely across units and packages?
Deﬁnitely yes. And user changes in settings can produce large diﬀerences in staging options. Some 5 to 10 percent changes in critical parameters like M-values, Z-values, bubble radii, Boyle expansion factors, allowable surfacing bubble volume, and others are the usual diver knobs and need to be applied carefully on the aggressive side. Nothing wrong diving with the most conservative settings. 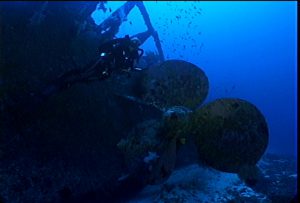 Bubble models (BM) and dissolved gas models (GM) have the same NDLs for nominal settings?
Roughly true for air and nitrox dive computers using the USN, ZHL, VPM, and RGBM algorithms, as can also be seen for the above for computers and diveware. BM algorithms collapse to GM algorithms in the limit of small phase separation usually the case for nonstop diving. For mixed gases like trimix and heliox, there are wider variations in NDLs. Of course, for very deep diving NDLs approach zero and decompression is always requisite.

Modern dive computers can process even the most complex biophysical models for diving?
Quite so these days. Chip speeds in modern dive computers rival smartphones and range in the 800 megaflops category (800 million ﬂops) with flops designating a ﬂoating point operation (add, subtract, multiply or divide) per second. Lightning fast as that is, by contrast, the fastest supercomputers today operate in the petaflops range, some million times faster. The Blue Mountain supercomputer at LANL was used to process the 3200+ downloaded diver proﬁles in the LANL DB to correlate and tune the USN, ZHL, VPM and RGBM algorithms and still took 13 minutes of wall clock time. Quantum computers on the horizon will be able to process that same task in roughly two seconds or so.

Dive computers and dive planning software are supplanting traditional Dive Tables?
<or the trained and experienced diver, probably. Novices still use and likely beneﬁt from learning and understanding dive tables, especially in recreational air and nitrox diving. In the technical arena, there are few dive tables with the NAUI Technical Dive Tables a singular exception. Check them out and use them safely.

All models are wrong but some are useful?
Boy, when it comes to computer, model, table, and software fabrication, there is a certain truth in the statement. A better declarative might be incomplete rather than wrong but the point is well taken in the diving arena. Dick Vann once remarked that ”diving models are like socks – everybody has two and they both stink.” Useful models, stinking or not, are ones that are correlated with real diving data, are trustworthy, and are reproducible under a wide variety of environmental and physiological conditions. Not an easy nor a trivial requirement for sure.

The original USN Tables were thoroughly tested?
Not even close. Edward Lanphier, who was in charge of the program back in the 1950s reported at the AAUS Repetitive Dive Workshop at Woods Hole, Massachusetts, back in the ’90s that the USN Repetitive Dive Tables were ”tested for a few repetitive proﬁles” and the rest were ”extrapolations.” Luckily the USN model (Workman) had much conservatism built in because the slowest tissue compartment (120 minutes) was used to control repetitive diving. 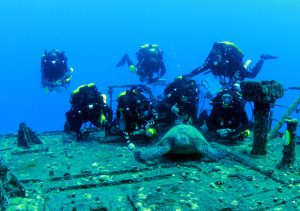 Chamber and wet tests of a speciﬁc proﬁle are not conclusive for all diving on all systems on all gas mixtures?
For sure but can often provide metrics for safe staging protocols whether successful or not. Here is where DBs shine because of the diversity of proﬁles and outcomes. And low cost versus chamber and wet tests.

Training Agencies are or have been conducting some of their own testing of shallow and deep stop models?
Quite so. PADI, 20 years or so ago, conducted open water testing on the USN Tables for repetitive diving and came up with another set called the DSAT Tables. DSAT Tables have Spencer NDLs (more conservative than USN NDLs) and repetitive procedures less conservative than the original USN Tables. ANDI actively tested the RGBM using their Instructors before releasing new training standards and software (ANDI GAP) for air and nitrox diving. NAUI, of course, tested the RGBM over many years before extending training standards and issuing a full set of Technical Dive Tables for OC air, nitrox, helitrox, and trimix plus RB Tables for some standard diluents. NAUI GAP software was released in the early 2000s tracking released NAUI Technical Dive Tables and more recently and timely, the Free Phase RGBM Simulator was packaged for sale both commercially and through NAUI. Free Phase RGBM Simulator matches the NAUI Technical Dive Tables too. This is important for safety, training and necessary uniformity and reproducibility. Training by all agencies has been eﬃcient, safe, and noteworthy whether using shallow or deep stop protocols.

Click here to review Part One, Part Two, and Part Four of the series.

Previous Post
The Little Giant of Diving: Florida Keys Community College
Next Post
Loreto, Heart of the Cortez: The Aquarium of the World