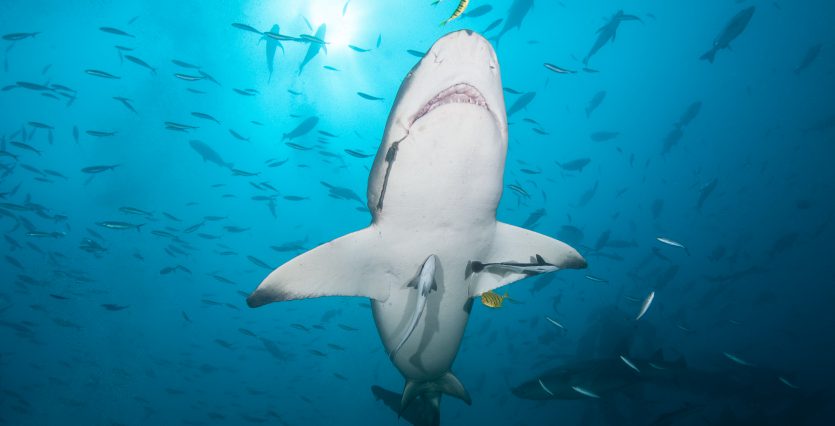 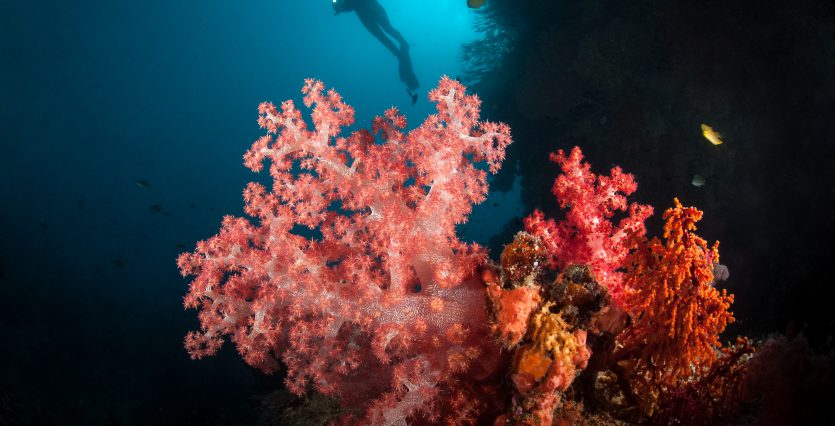 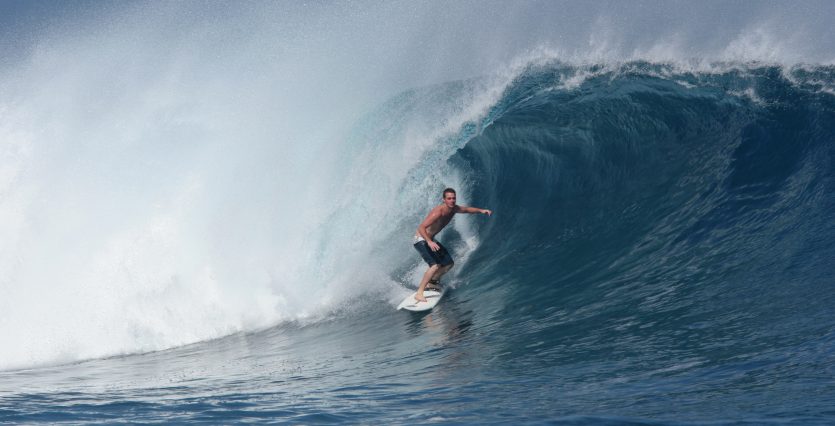 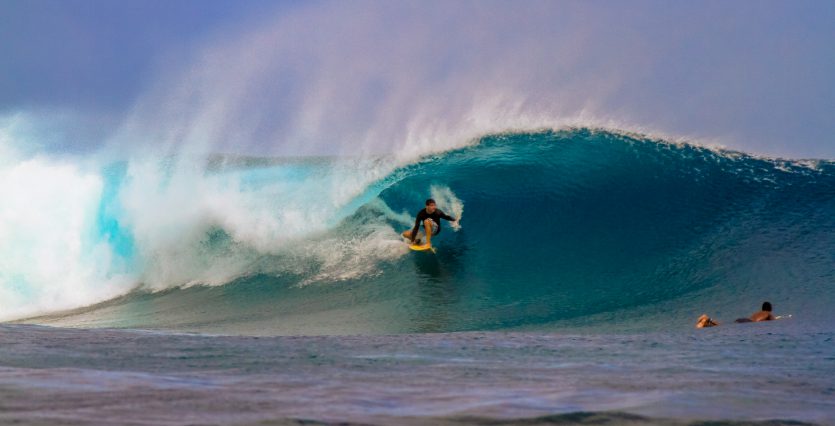 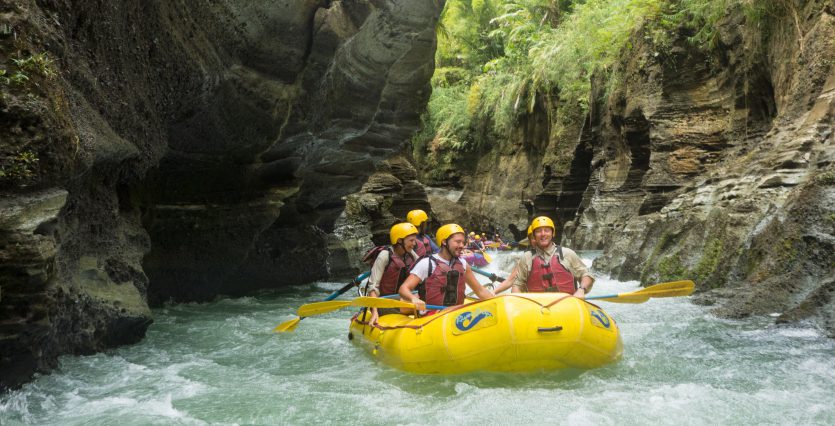 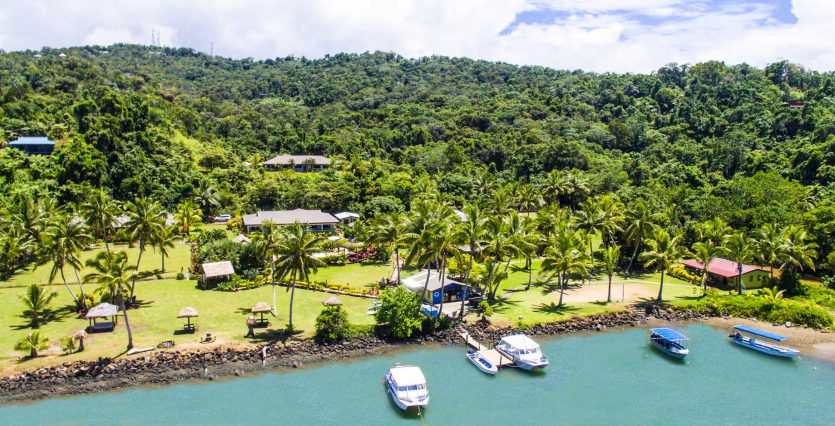 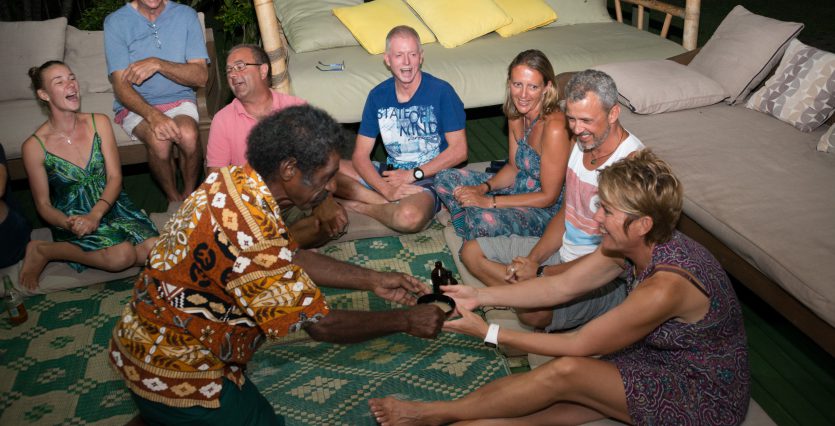 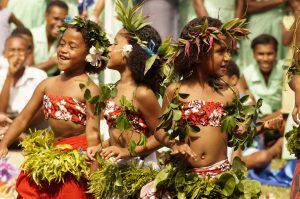 “BULA!” Shouts of “BULA!” accompanied by ukuleles greet you the moment you step off the plane. Smiling Fijians with flower leis around their necks are there to immerse you in the Fijian culture, and you feel their genuine friendliness and pride in their heritage instantaneously. There’s no warmer welcome anywhere you’ll travel than there is in Fiji. It’s one of those places that once you visit, you’ll undoubtedly want to return — and in some cases, never leave.

Take, for example, Boris Kaz. Boris is a bit of a global nomad. He was born in Germany, but at the age of 12, he and his family moved to Israel to rejoin long-lost family that had been separated during World War II. It was during this time, living near the beach in Israel, that he began surfing. He was quickly bitten by the ocean bug and learned to sail and scuba dive as well. Only six years later, Boris moved back to Germany to pursue a career as a professional volleyball player. He eventually landed in the U.S. at Pennsylvania State University, where he studied marketing and sales. From there, he worked in marketing as a senior media executive for some large U.S. companies, including Viacom and MTV Networks. After his time with those big corporations, he became the CEO of various entrepreneurial companies, but despite his successes, another dream was eating away at him.

From a young age, Boris wanted to own a resort where diving, surfing, fishing, sailing and simply being connected to the ocean were at the core of the experience. One day in 2004 while conducting business in Rome, he had a particularly grueling day battling bureaucracy in the interest of one of his companies. He felt he’d had enough. He went on the internet, searched around and found an advertisement for a small resort for sale in Fiji. It was love at first sight. He spent all night researching and investigating the resort, and only nine months later, he became the proud owner of the Waidroka Bay Resort on the southern coast of Fiji’s main island, Viti Levu. Throughout his life, he has lived and worked in seven different countries, but it was Fiji that really captured his heart. 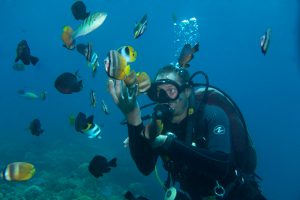 Enjoying year-round tropical temperatures that bottom out at around 22 degrees Celsius (72 degrees Fahrenheit) during the cool season from May to October and peak at around 31 degrees Fahrenheit (88 degrees Fahrenheit), Fiji’s climate is as close to perfect as you could expect. Its geography is diverse, with towering emerald mountains, lush rainforests and an abundance of natural resources both above and below the ground. While tourism is Fiji’s No. 1 product, sugar cane and other agricultural products are their main exports. Located in the southwestern Pacific Ocean, the waters that surround Fiji’s 300-plus islands are as diverse as the topside scenery and economy. From brilliantly colored soft-coral-encrusted vertical walls, to gently sloping coral gardens, to high adrenaline shark dives, to critter-filled night dives, Fiji is truly a diverse underwater destination. Specifically, Waidroka enjoys a centrally located position on Viti Levu where divers have access to a wide range of these diving environments. 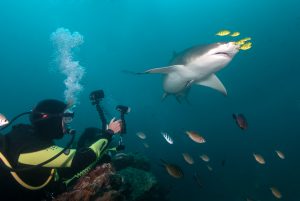 One of the area’s world-famous diving highlights is the shark dive. Located just 20 minutes by boat from Waidroka is a dive that would make experienced shark divers go “Wow!” Terri Huber, NAUI Travel Group expert, recalls her first experience there: “It was the first time I had ever seen a tiger shark. We descended to around 30 meters (90 feet). I was one of the last ones down when all of a sudden, this dark shadow passed overhead. It was a huge, 9-meter (18-foot) tiger shark. But, that wasn’t all,” she continues, “It was like a three-ring circus down there. I didn’t know where to look first. There were lots of bull sharks, lemons, reef sharks and silver tips around. When they would disappear, I knew the tiger shark was coming back. There was also a dense school of jacks that kept blocking out the sun and huge moray eels free-swimming amongst our group.” The shark dive is also one of Boris’s favorites, but for him, the underwater highlight is a much farther boat ride.

About an hour and a half away by boat, a coral pinnacle breaks the surface of the water all by its lonesome 39 kilometers (24 miles) southwest of Waidroka — about halfway between Beqa Lagoon (pronounced Benga) and Vatulele. The pinnacle is called Cakau Lekaleka. “It’s not a dive for everyone,” says Boris. “Although it’s fine for all experience levels, as there are protected areas and interesting things to see at all depths, not everyone is willing to take an hour and a half boat ride each way to get there.” Not to mention, conditions have to be just right for the boat to even attempt a visit. Those who do make the journey are rewarded with the adventure and discovery of a visit to this seldom-seen site. From sheer walls to sharks to beautiful shallows, Cakau Lekaleka is a special treat not everyone gets to experience, but much closer to the resort exists a variety of sites sure to satisfy even the most discerning divers. 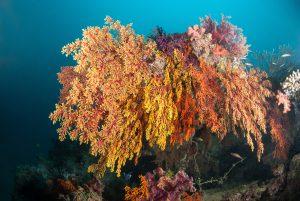 Within a 15- to 30-minute boat ride from Waidroka, divers regularly explore spectacular walls, pinnacles, swim-throughs and coral gardens. Fiji is one of those destinations where divers can’t decide whether to look around in the blue or focus on finding tiny critters because both pelagics and macro subjects abound on these reefs. There’s even a wreck to explore, the Tasu II, or a dive in the Twilight Zone — a site not decorated with pretty corals, but rather alien-looking volcanic formations. At the Twilight Zone, the payoff is an encounter with any one of the regular inhabitants of this reef: schools of barracuda, eagle rays, stingrays, leopard sharks, guitar sharks, whitetip reef sharks, grey reef sharks or turtles. As good as the diving is and as wide a range of underwater sights as there are to see, Waidroka’s unique experience doesn’t stop there. 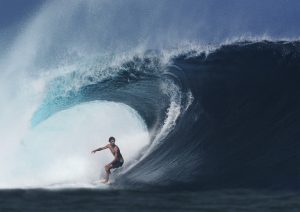 It was always Boris’s dream to create a resort where he could share his passion for the ocean with others of similar mind. That said, his resort also caters to his other big love, surfing. You’ll find as many surfers as you do divers staying at Waidroka. “Surfing and diving are my passions and were always complementary activities for me,” says Boris. “The challenge at the resort is combining these two activities — not operationally but combining the demographics and psychographics of our guests. The surfers, especially the young ones, don’t quite know enough about diving and think it’s not cool. On the other hand, the divers, who tend to be older, think that surfers are too cool for their own good.” What Boris and his staff at Waidroka have managed to do is to bring these two distinctly different groups together over the one very important thing that they share — a love for the ocean.

“During their surface intervals, we take divers to watch the surfers charging waves. They’re amazed at what the surfers can do. Conversely, we take surfers on the boats with divers so they can hear the amazing stories divers tell about the dive they just had. Then at dinner, everyone shares large tables, and stories are exchanged about the day’s activities. They show each other pictures and videos of their adventures. Before you know it, the divers are greeting the surfing boat at the docks, excited to hear how their surfing was and vice versa. In the end,” finishes Boris, “all ocean lovers learn to respect each other for their activities. The common denominators are always the ocean and travel.”

This unique setup and Boris’s guidance have helped bridge the gap between these two ocean-loving crowds. While it’s generally easier for the surfers to try out diving, some divers give surfing a shot too. Sometimes boats do double duty, picking up surfers or dropping off divers with the others aboard. Rather than a logistical nightmare, Waidroka turns this into a unique and unforgettable experience for both groups. 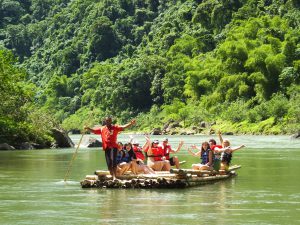 For the divers, surfers and non-oceangoing crowd, Fiji also offers every topside experience a nature lover could want: hiking, paddleboarding, kayaking, shopping, caving and more. While it would take a lifetime to adequately explore all of these options, many of Waidroka’s guests go on the “Jewel of Fiji Tour,” which takes people on a daylong adventure exploring Fiji’s Navua River. If you’re lucky enough to do this yourself, you’ll travel the river on canoes and Fijian bamboo rafts.You’ll visit waterfalls and swim in their refreshing waters, but most memorable will be your visit to a traditional Fijian village, where you’ll get to take part in many traditional activities, including paying tribute to the village chief through a yaqona (or kava) ceremony. The final activity of this daylong adventure will be repeated again at Waidroka, but there, due to the bonds you’ll form with the other guests and staff, it will be a lot more meaningful.

It’s Fijian tradition when guests are leaving to sing “Isa Lei,” the legendary Fijian farewell song that will wrench your heart from your chest — as it was intended. Roughly translated, the lyrics sing of their love for you and how they hope you’ll be longing for your island home no matter how far you travel from her shores — and yes, it works, largely because the emotions of the Fijians who sing the song are real, but also because Fiji is a paradise on Earth.

As Waidroka continues to evolve, Boris has added yet another dimension for both the surfing and diving crowds to enjoy while back at the resort — a health and wellness program. This new program incorporates both yoga and a fitness program with a focus on stretching, nutrition, and social and environmental aspects. “This is a simple add-on,” says Boris. “Whoever wishes to partake in those kinds of activities and involve themselves in a healthier and conscious lifestyle whilst at the resort — it’s all there to be inspired and partake — or simply watch others… This is all part of creating the resort I’ve always dreamed of creating.”