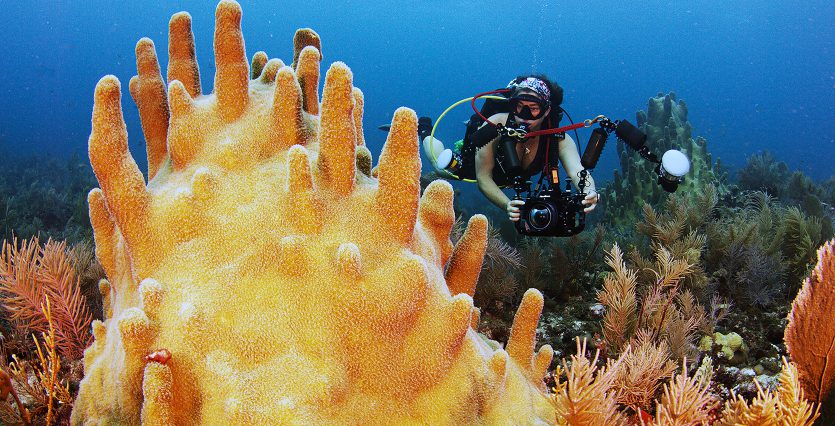 What is a Real Reef-Safe Sunscreen?

Sunscreen pollution is now recognized as a direct reflection of unsustainable tourism practices. With governments like Palau and Hawaii banning sunscreen ingredients and organizations from Surfrider Foundation to Ocean Conservancy creating education programs, reef-safe sunscreen has become a well-known topic. 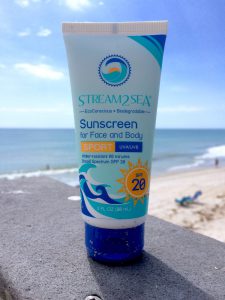 The problem, says Autumn Blum, CEO and formulator for Stream2Sea, is there isn’t any real regulation or clear definition behind the words “reef safe,” and marketing deception is running rampant. Hawaii banned two ingredients — oxybenzone and octinoxate — which was fantastic for awareness but left the door wide open. Savvy marketers are simply removing these two ingredients, often replacing them with similar chemicals whose safety has not yet been proven and marketing them as reef safe. Palau took Hawaii’s ban and the protection of their reefs a step further, banning 10 commonly used ingredients, strictly promoting the use of non-nano mineral-based sunscreens.

“Chemically, sunscreen formulation is a complex process,” said Blum. “The average sunscreen includes three to five active ingredients because each of those chemicals only absorbs a small spectrum of harmful UV rays. They also begin immediately breaking down when exposed to sunlight.”

Mineral sunscreens, on the other hand, are much more stable and sit on your skin, reflecting the rays rather than absorbing light. To complicate the matter further, all mineral sunscreens are not created equal. “My first choice was a clear zinc ingredient, which applies easily and goes on clear. Turns out, it can be just as harmful in an aquatic ecosystem as the other chemicals we were trying to avoid,” Blum said. “In fact, ‘clear zinc’ is so dangerous that it’s material data sheet highlights aquatic toxicity on the first page in red, and an aquatic toxin warning is stamped on the raw material drum directly from the supplier.”

An avid diver who was NAUI certified at the age of 15, Blum left an executive position at a publicly held corporation to create Stream2Sea after viewing a sunscreen slick coming off a group of snorkelers in Palau. NAUI and its Green Diver Initiative were one of her first partners after launching the brand in 2015. “Divers see the environmental damage from unsustainable tourism every day, and they’re committed and articulate about educating other people.” 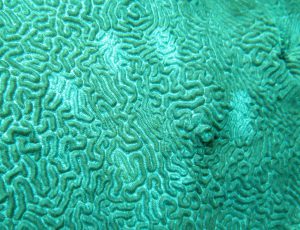 The same ingredients that are shown to harm our reefs are also being called out as endocrine-disrupting chemicals, with many questioning their long-term impact on human reproductivity and other health-related issues. Most surprising, though, was a recent report in Lancet, the world’s leading independent medical journal, calling for dermatologists to stop recommending commonly used sunscreen ingredients based not necessarily on health reasons, but on “planetary impacts.”

“Most dermatologists now recognize that an SPF 30, when properly applied, is effective sun protection,” Blum said. “This [Lancet] article recognizes that skin cancers — including melanoma rates — continue to rise even as people use more and more sunscreens that are toxic in aquatic ecosystems. Using a high SPF formula exposes your body and the environment to a significantly higher load of harmful chemicals, with very little increase in protection.”

The article, written by scientists who haven’t been deeply involved in the research revolving around sunscreen and coral reefs, “is a major victory in the clinical dermatological field that is now fully aware of this issue — and generally sympathetic,” says Craig Downs, Ph.D, executive director of the Haereticus Environmental Laboratory, a leading researcher into the link between chemicals and coral reefs. “This is a significant blow to the companies who are trying to create scientific uncertainty about sunscreen ingredients.”

Because there isn’t currently a recognized “reef-safe” standard, consumers should look for products that are tested and proven safe. It’s important to read ingredient listings before using in or near sensitive marine environments. Avoid anything with oxybenzone, octinoxate, octocrylene, nanoparticles and parabens. Safe mineral sunscreens are thicker than common sunscreens and need to be applied in sections. For best results, apply a smaller amount to a small area of your body, then move to the next for complete coverage. Reapply often as needed.

Stream2Sea is partnering with NAUI through their Green Diver Initiative to help educate divers and dive professionals about the harmful effects of sunscreen and personal care pollution. A percentage of all sales through NAUI Dive Centers is contributed to the Green Diver Initiative. For more information, please visit stream2sea.com/NAUI.

Previous Post
Can Conservation be too Successful?
Next Post
The Little Giant of Diving: Florida Keys Community College