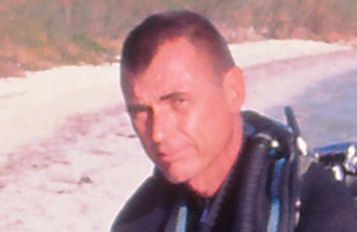 Bill Schane, NAUI Instructor #2620, the smartest and most interesting man I ever knew, passed away on January 21, 2020. I first met Col. William P. Schane, MD, when we roomed together as team leaders at a NAUI Instructor Certification Course in Riviera Beach, Florida in 1973. Bill lectured on decompression theory and the medical aspects of diving with a depth of knowledge that amazed both candidates and staff. In subsequent years, Bill continued to volunteer at ICCs and then at ITCs (Instructor Training Courses) in Riviera Beach and Melbourne Florida that I conducted as course director. Each year he demonstrated, with poise and grace, the single-breath recovery of mask, fins, and snorkel — the single skill he would use if he had to evaluate a diver’s watermanship quickly. Bill always took the train from the Army Aeromedical Research Lab at Ft. Rucker, Alabama, to the ICCs and ITCs in Florida so he could get work done in transit. I recall picking him us at the station and taking him to a Chinese restaurant for dinner. Bill struck up a conversation with our waiter, in Mandarin, that went on for some time.

Bill was incredibly knowledgeable on diving physiology, and, so as not to lose the candidates when Bill went off on a tangent, I tried to limit him to one “zinger” per lecture. Examples of zingers include the fact that drunken tadpoles become sober when put under increasing pressure, and the fact that we are all “narced” — humans being measurably impaired due to nitrogen narcosis at surface pressure. Bill also taught us his four-minute neurological for the evaluation of symptoms of the bends, and a list of errors in the U.S. Navy Tables, then in common use. Bill’s quick mind seldom rested. He once knocked at my door at 1 AM during an ITC to explain to me that the calculations of an instructor candidate’s ten-minute talk on estimating a swimmer’s speed in a current were correct. I did not tell Bill that the young woman who impressed him as a well-prepared candidate on his ITC team was my girlfriend, now wife, Didi. It was fun hearing his enthusiastic reports of her skills and abilities. Bill and I disliked the end of every ITC when we had to decide who passed, who got a provisional, and who failed, but we tried our best to be fair. Thanks to Bill’s knowledge and skills as an instructor and mentor, countless NAUI instructors and their students have experienced safer diving. I learned a great deal from Bill.

Bill was a cave diving instructor with the National Association of Cave Divers (NACD), and I experienced his skill as an instructor when he taught a concentrated eight-day cave diving course for five of us NAUI instructors, including Didi, in the Bahamas. From that course, I still recall Schane’s Corollary to Murphy’s Law: “Murphy is an insufferable optimist.” Bill brought his wife Joan (pronounced Jo-ann) along and we all enjoyed meeting, and diving with the love of his life.

Bill served in the Army in Vietnam as a physician, where he developed a radical system for getting serious causalities from the battlefield to the hospital more quickly using a specially fitted aircraft and a helium balloon tethered to a Stokes basket. He used himself as the first test subject. Later, Bill did research in HALO (High Altitude – Low Open) sky diving for insertion of Special Forces into hostile territory. He did many jumps and published an article titled “Evaluation of the Human Body as an Airfoil.”

Preparing to retire, Bill asked me for ideas on places in the Caribbean he and Joan might like to live. At the time, Hydro Lab was preparing to move from the Bahamas to St. Croix, USVI. I told him that not only would he enjoy St. Croix, but that he was uniquely qualified to work there. Bill served as Medical Officer for Hydro Lab from 1978-1985 in St. Croix, and operated the emergency recompression chamber there, handling many cases of decompression sickness from St. Croix and Puerto Rico. The Aquarius Underwater Laboratory replaced the Hydro Lab in St. Croix, and I joined Bill in my dream job on the operations staff as diving supervisor. By doing Doppler studies on aquanauts after surfacing, Bill improved the decompression protocol. I got to know Bill even better when he took good care of my family and me as our primary physician. In September, 1989, with Hurricane Hugo threatening St. Croix, Bill and Joan invited us to take shelter from the storm in their more secure home. In the aftermath of this devastating storm, we lived with Bill and Joan for several weeks. Bill and Joan treated the injured and provided tetanus shots to those of us working to remove hazardous debris from roads and the Aquarius shore base.

Following the transfer of the Aquarius Habitat to North Carolina, Bill and Joan moved to Longboat Key, Florida. In a long life together, Bill and Joan enjoyed travelling the world, dancing, ragtime music, and watching their three daughters and grandchildren grow. Daughters Catherine, Carole, and Connie, all dove with Bill until they finished high school. Didi and I enjoyed visiting Joan and Bill over the years and catching up on their full and busy lives. Toward the end of Bill’s life, Joan used her nursing skills to care for her husband. They also had the help and support of their daughters’ families.

Didi and I miss Bill, but treasure many happy memories of our time together.