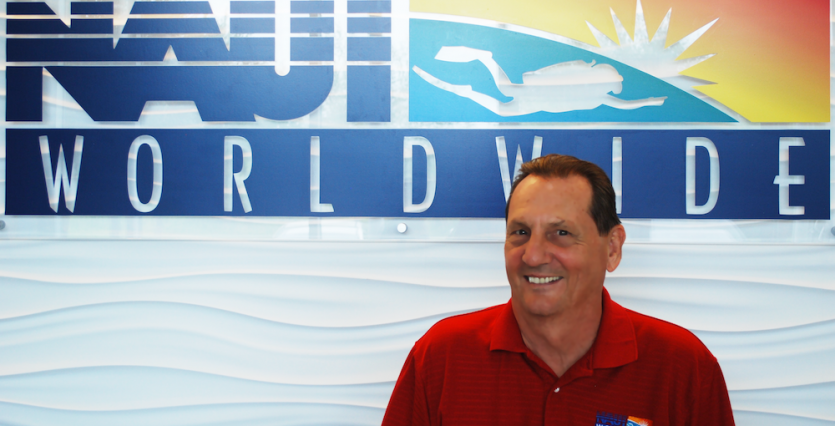 After 22 years at NAUI Headquarters, Randy Shaw retired as NAUI Director of Training on Jan. 31, 2017. Randy began working at NAUI in 1995 when NAUI Headquarters was still in California, and he was a key enabler in the 1997 move of Headquarters from Montclair, California, to Tampa, Florida. Although Randy wore many hats throughout his NAUI career, training had always been a central facet of his responsibilities.

‘It was my good fortune and privilege to work with Randy during his last two years at NAUI. His knowledge and love of NAUI provided valuable guidance at a time of transition for the Association. Randy touched many lives in the NAUI family as he traveled around the world representing NAUI, and his influence will be felt for years to come. I will forever be grateful for the time we shared. We became more than just colleagues; we were friends and he will be missed,’ said NAUI Executive Director Dallas Edmiston.

Randy was certified as a diver in a YMCA course in 1960 (months before NAUI came into being). After 25 years of diving, Randy decided to make it a career. In 1985, he became a partner in a dive shop in Edmond, Oklahoma and began researching training agency alternatives. Deciding to go 100 percent NAUI, Randy and the staff took the instructor course, and Randy graduated as NAUI Instructor 9102.

In May of 1995, Randy’s first big project at NAUI involved the move from California. Because Randy came in with expertise in both business and computers, he was charged with bringing the computer structure up to date and getting NAUI’s financial system in order.

Randy was later charged with developing and managing NAUI’s international operations. NAUI’s continued growth and success depended on becoming a truly international organization, and Randy was selected to do the building. He traveled extensively, negotiated and set up NAUI Service Centers around the globe. Everywhere he went, Randy made friends and helped shape the future of NAUI by sharing his passion for diving and commitment for the Association he loved and supported throughout his life.

Randy’s service to NAUI Worldwide and his extended NAUI family was exceptional, as was his commitment and dedication to the industry as a whole. If anyone deserves special recognition for contributions to NAUI, our Association and diving, Randy would be at the top of any list.

‘Randy has blessed so many lives, both in and out of the dive network. Randy’s legacy will live on through the abundance of students he has mentored and the many fond memories that we all have shared! The diving industry and NAUI are grieving the loss of a patriarch,’ said NAUI Operations Manager Kathy Brownlow.

Upon his retirement, Randy was interviewed by NAUI Sources Editor-in-Chief and long-time friend and colleague Peter Oliver (NAUI 4873). Randy was asked to say a few words to sum up his career and what he shared came as an expression of his thanks and gratefulness for all the Association has meant for him and given to him:

‘A great thing is that NAUI has enabled me to do things I could not have bought at any price and to meet some of the finest people I know. It is all luck, my being here and knowing our NAUI members. They are the most gracious, respecting and caring people you can find anywhere. There is no way I could have done what I was able to do without the help and support of NAUI members. Yes, I’ve gotten to dive in exotic places that many cannot, but the real gift is that I have met the kind of people I’ve been associated with all these years. NAUI’s structure lends itself to working like a family. We all work together for NAUI. I thank them for being who they are.’

On behalf of the NAUI Worldwide family, we say the same to you, Randy Shaw.

You will be truly missed.

For those wishing to offer condolences, share memories and photos, or attend services for Randy, information is being posted on Randy’s personal Facebook page: https://www.facebook.com/randy.naui.

To honor Randy, in lieu of flowers, the family asks that donations be made to the Randy Shaw Fund for Underprivileged Divers. Donations can be made through PayPal, by check, or over the phone via credit card by calling customer service (+1 813-628-6284). Checks should be made out to NAUI Worldwide and mailed to 9030 Camden Field Parkway, Riverview, Florida 33578. Questions can be addressed by customer service at nauihq@naui.org or +1 813-628-6284.

Previous Post
NAUI has its EYE on DEMA Show 2017
Next Post
In Memory of Dr. J. Morgan Wells