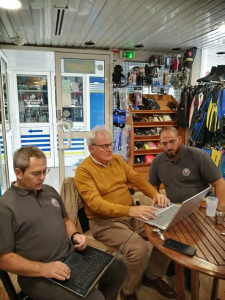 France is a big country and part of Europe. Does your knowledge of France go any further than

Paris, the croissant or French fries?

Well, probably the same for many among us, but this story is not about the lifestyle in France but about the special scuba history that France has to offer! Where does it all start, scuba diving?

A famous sailor and explorer, Jacques Cousteau, a guy with a red bonnet, is where it all starts!

Commander Cousteau, working for the French Navy, invented the regulator and disconnects

divers from the umbilical hose that connected a diver to the air pump before.

Now, the diver is set free and the word S.C.U.B.A. is created:

And all this happened during the second world war (1942) in France! Just imagine! A big leap forward brings us to 2021 and let’s forget for a minute that COVID is a part of the world.

During the last 80 years of development of SCUBA in France, starting from the military origin towards recreational diving, diving, and learning how to scuba dive, remained always a little different in France compared to most other countries in the world. A little explaining is needed here: 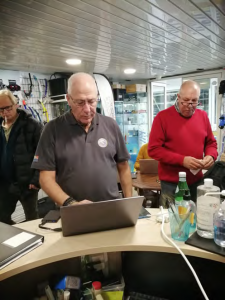 people is, well, the least to say, problematic! The law in France states that a scuba teacher needs to obtain first the ‘Brevet d’Etat’ in sports (let me translate: the state license in teaching sports, so

obtaining a university degree in sports). Next, he can specialize in watersports and so become a

Time invested in getting the state license: a few years in school!

Becoming a scuba teacher: just another few years to add to the training

So what did/does that mean for scuba diving courses in France?

It means that people engaging in the scuba industry are really committed to the profession.

It also means that access to the industry is really difficult and takes a lot of time!

Naui has had a presence in France and the diving industry for many years but was never really able to set a strong footprint on French soil until 2021.

During the last many years, NAUI invested a lot of time and energy through the regional Representatives (among which are Richard Plumes and at present Jean-marc Claes) to grow NAUI and to be present at dive shows, events, and more.

Due to the work of 2 NAUI Course Directors and 1 NAUI Instructor, 2021 has brought big changes:

They managed to explain and show the NAUI method of training scuba divers to Frank Motair, owner of the dive center H²O in Sainte-Maxime, located on the shores of the Mediterranean Sea.

He was quickly convinced that the NAUI quality of teaching would be a better approach to learn people to scuba dive compared to the current system he was using and so he decided to make the crossover to NAUI, including all the staff, being 10 instructors!

A new NAUI affiliate is born on the shores of the French Med, filled with 10 NAUI instructors supported by 2 NAUI Course Directors and NAUI Instructor Trainers and backed by the NAUI France Representative Jean-Marc Claes.

We wish all people involved a lot of success and want to point out that NAUI is growing and even in difficult times and/or difficult area’s: NEVER GIVE UP, spread the word and stay positive!

If you want to know more on how to grow NAUI in your area, contact us and we will help you! 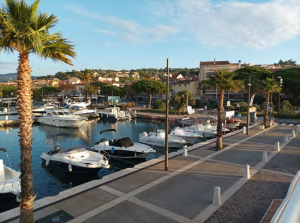 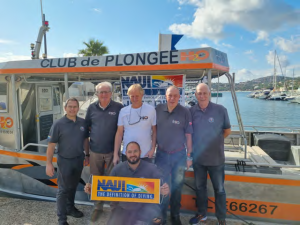