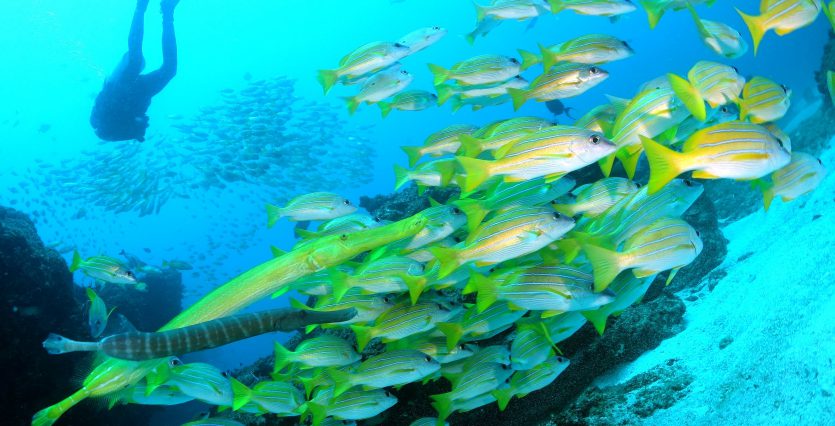 NAUI’s strong presence in Brazil since 1997 has produced a family of tens of thousands of Brazilian divers who travel around the world, and the small village of Tofo in Mozambique on Africa’s east coast is a destination known and sought by many Brazilians.

The greatest similarities between Brazil and Mozambique are in their colonization history. Both were colonized by Portugal and so share Portuguese as their official language. This creates a familiarity between the two peoples — besides, of course, both being very friendly.

Bathed by the Indian Ocean, the water of the Bay of Tofo is rich in nutrients and conducive to meeting large animals such as manta rays and whale sharks. Although it is highly probable you’ll see them, you can never be sure you will meet one during a given dive.

Tofo has one of the largest populations of giant stingrays in the world, which further increases the chances of diving with large, elegant animals. In addition to the stingrays, different shark species, such as the whitetip reef shark, blacktip shark, and leopard catshark, are also often seen. In coral reefs, fish cleaning stations with cleaner shrimp and fish are yet another of the attractions. At some times of the year, the region is frequented by large numbers of humpback whales, and there are chances to spot them during a dive. 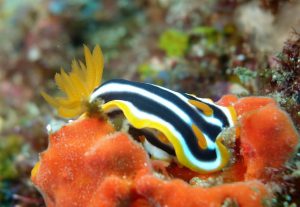 Mozambique is a special place for underwater photographers, and it is easy to encounter huge shoals of fish as well as a variety of fauna for the macro photographer. Nudibranchs and many interesting small fish such as frogfish guarantee excellent clicks. Hard corals, a multitude of colorful reef fish, turtles, the strange “crocodilefish” and huge moray eels will surely ensure the joy of all divers.

The dive operations at Tofo have special characteristics, one being access to dive sites from the beach by inflatable boats that give a special flavor to the adventure. The boats are specially prepared to ensure the safety of divers; the ride out can vary from only 10 minutes to an hour, depending on the dive site chosen. There is always a good chance of encountering pods of dolphin along the way. Dive guides are usually local people who have a deep knowledge of the region and sea conditions. Operators also offer “ocean safari” boat trips with the main objectives of snorkeling with whale sharks and dolphin.

The 18 favored dive sites are at depths greater than 15 meters (50 feet). With the open sea conditions, it is recommended that divers have advanced diver certification. The water temperature is usually between 25 and 28 degrees Celsius (77 and 82 degrees Fahrenheit), but thermoclines can lower the bottom temperature to below 20 degrees Celsius (68 degrees Fahrenheit). Nitrox is available at most operators. 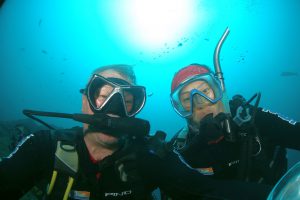 Another special reason for a trip to Mozambique is the proximity to South Africa, which allows divers to expand their journey with a trip to Kruger National Park, a great opportunity to see the great wild animals of Africa — giraffes, lions, elephants, rhinoceroses, leopards, hyenas, hippopotamuses, and many others. Three-day safaris with expert guides are sure to provide some special moments and memories.