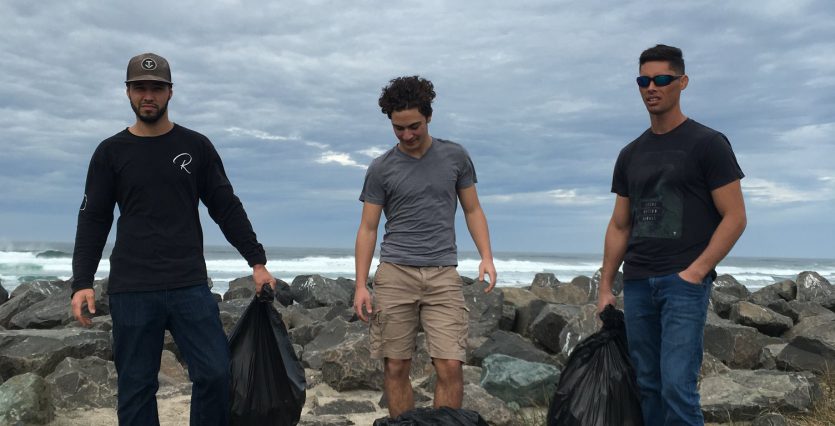 Become Involved in Your Ocean

In this day and age, it is hard not to become discouraged when you hear news about the state of our environment and the species around us. Having been a high school science teacher, I know how overwhelming it can be to learn the true scale of some current environmental issues. From coral bleaching to plastics and micro-plastics, there are numerous challenges, but I love it when I see people take on these challenges and get the word out. For this conservation-themed issue, I wanted to focus on a couple really cool things happening in my dive communities and encourage others to find out what is going on in your area and get involved. 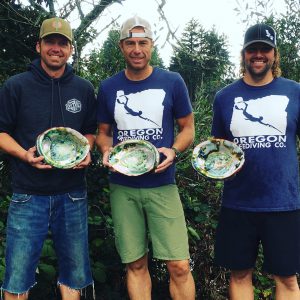 On the West Coast, we have a ton of divers who love their abalone, myself included. With beautiful shells and delicious meat, these large gastropods have long been a beloved part of diving in areas like Northern California. Unfortunately, the amazing kelp beds that support these snails are under attack, and in many areas that used to be thick, the kelp is completely gone. The issue is complex, and it includes multiple factors. But one of the factors that divers can immediately impact is the purple urchin population.

In recent years, there has been an explosion in the purple urchin population, partially tied to the sea star wasting disease that hit the coast a number of years ago. Purple urchins and abalone compete for kelp, but while abalone feed on loose pieces, the urchins gnaw through the holdfasts and clear entire kelp beds. Because of this, you now find urchin barrens instead of healthy kelp along the coast or Northern California and beyond.

No kelp leads to starving and dying abalone. The situation escalated until the abalone fishery was completely shut down. This is only a tiny snippet about a large and complex problem, but already you can get a taste of how devastating and overwhelming this problem could seem if your favorite kelp bed was suddenly mowed down by these little spiny purple balls, and instead of stands of kelp full of life, you had urchin barrens.

This was a problem for the snail hunters, but rather than being overwhelmed by it and moving on, they organized and did something about it. Yes, the problem is multifaceted, but there are pieces that they can have a direct and immediate impact on. Rather than say it was too late, and things were too far gone, they have started in on the urchin. The first step accomplished was to get the recreational legal harvest increased from 35 urchins a day to 20 gallons of urchin a day. This allowed the community to organize and make an impact in a more timely fashion. The Watermen’s Alliance started organizing urchin removal events and utilizing freedivers, snorkelers, scuba divers, kayakers and people on the beach to help remove urchins and give the kelp and abalone a chance for survival. At these recreational events, they target coves and favorite dive sites, removing as many urchins as they physically and legally can. There also has been an increased capacity in commercially removing the purple urchin, and in October, it was reported that, between commercial and recreational efforts, well over 50 tons of urchin had been removed. Even some of the spearfishing tournaments in the area have gotten on board. For example, the Triton X Open Spearfishing Tournament last year offered points for pounds of purple urchin brought in instead of the abalone category. 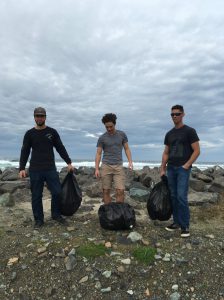 The efforts spearheaded by the Watermen’s Alliance are very organized, and they are always eager for more support, but there are also some cool initiatives that focus more on what you can do as a diver on a daily basis. One that struck me recently is the #onefishoneplastic hashtag on Instagram. I like the idea a lot because it encourages people to leave their site better than they found it. I know that a lot of spearfishers already hold this mentality dear, but social media is a great way to put that idea out there and encourage others to do the same. Another thing I really like about #onefishoneplastic is that, to people outside of our freediving and spearfishing community, it shows that spearfishing is not just about going and shooting the biggest fish you can or as many fish as you can. Spearfishing is the most sustainable form of harvest I can think of (when practiced responsibly). Unfortunately, if people only see the trophy pictures over and over again, it can paint it in a poor light. Having pictures that show a more complete picture of the relationship between the typical “spearo” and the environment helps to educate people about what we do. It also encourages people to join in the effort of leaving our marine areas better than we found them.

If you have a dive site you love that is being impacted or learn about an issue that strikes a chord with you, find out what you can do to get involved with the solution. If nobody in your area is already working on it, be creative and see what you can do. Once people see what you are up to, you will likely be surprised by the support you’ll get. There are many opportunities out there to become involved with, whether it is going to an organized event like the Watermen’s Alliance Urchin Removal events or it is as simple as starting or participating in a social media campaign. You can be involved to help conserve and protect your favorite dive sites and your finned friends who live there.