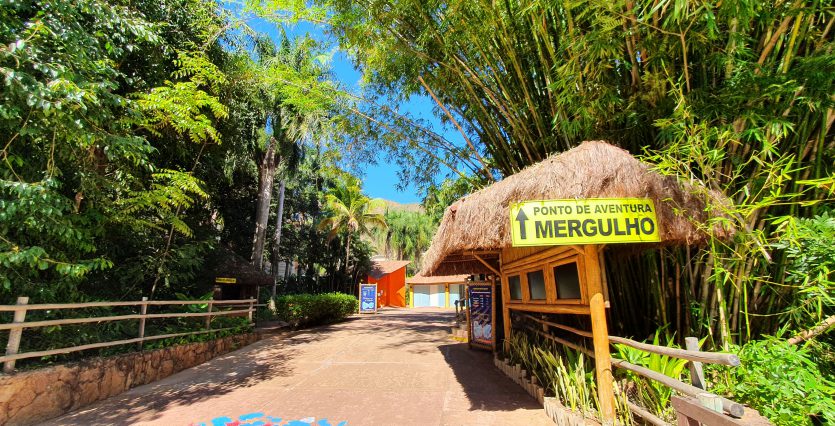 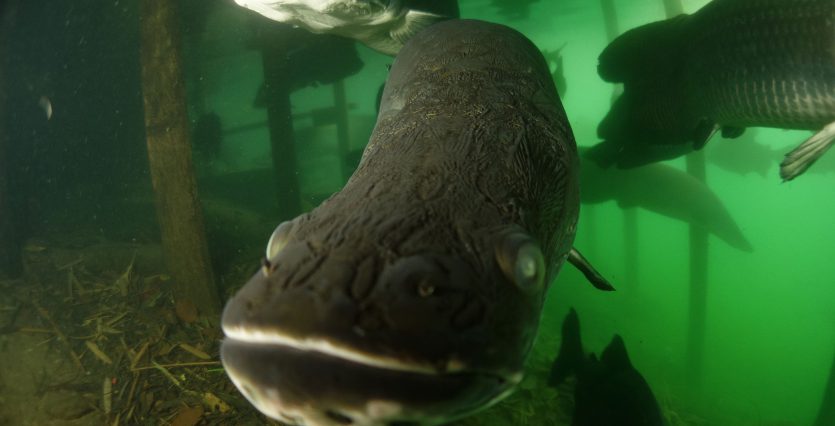 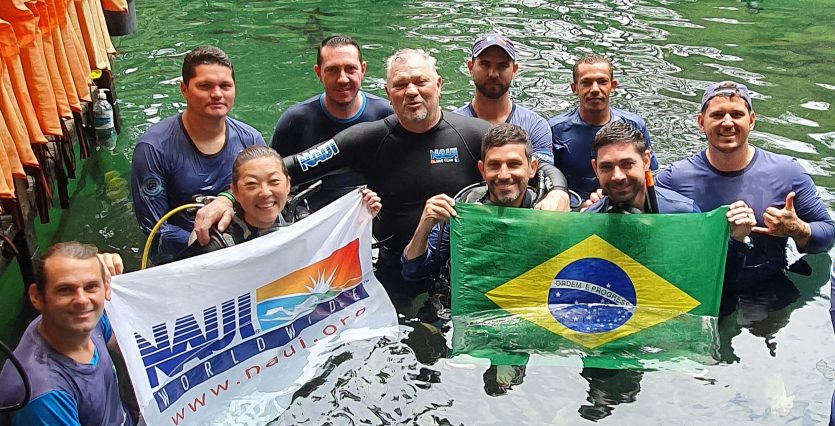 A resort located in the central region of Brazil, more precisely in the City of Rio Quente, in Goiás, provides one of the most incredible experiences with the giant fish originally from the Amazon region: the “Pirarucu”, one of the largest fish in the water sweet in the world, and whose name comes from indigenous terms: Pira  = fish + Urucum =  red, because of the reddish color of the body. Its size can reach two to three meters, and weigh 200 kg, it has two respiratory apparatus, the gills, for aquatic breathing, and the modified swim bladder, specialized to function as a lung in air breathing. That is, it is a fish that also breathes out of water. The adaptation of the “Pirarucu” in this environment, since it is not a native fish of the region, was a great challenge for the operator, but nowadays it has become the biggest attraction of the dives. In addition to the giant, there are also dozens of other fish from the Amazon region, mainly of the “Tambaqui” species, another incredible freshwater animal, which even looks like our well-known saltwater “Gray Angelfish”, as it has the shape of a disc, although very less colorful and with totally different habits.

The diving operation is very calm and takes place in a lake of more than 9,000 km², with transparent and warm waters, since the region of the Municipality of Rio Quente is covered by hot springs, causing the lake water to have a temperature of 33ºC. The maximum depth is 5 meters, and the place offers good diving conditions all year round, especially in winter, when the absence of rain makes the water even more transparent. A very peaceful dive, totally relaxing.

Owner of the diving operator, Mr. Júlio Cesar Alvares, instructor NAUI#39074, was the pioneer in the practice of scuba diving in the central region of Brazil, more than 35 years ago, when he started teaching diving in the capital Brasília. The Rio Quente Resorts Riomar Diving Center, is an affiliate of NAUI, and offers several options for underwater activities, such as the Open Water Scuba Diver course, Skin Diving Course, Snorkeling for Kids, Tandem Scuba, Refresher and Passport Diver. All of this conducted by professionals trained to strict NAUI standards, maintaining our long tradition.

It also supports some official NAUI training, such as training soldiers from the Military Fire Brigade of the State of Goiás, and training diving instructors, when they take place in the central region of Brazil.

Two more NAUI instructors were recently trained for diving operations at the resort, and they are: Paulo Martins Neves NAUI#62965 and Adriano Lacerda NAUI#62964, professionals committed to Dive Safety Through Education.