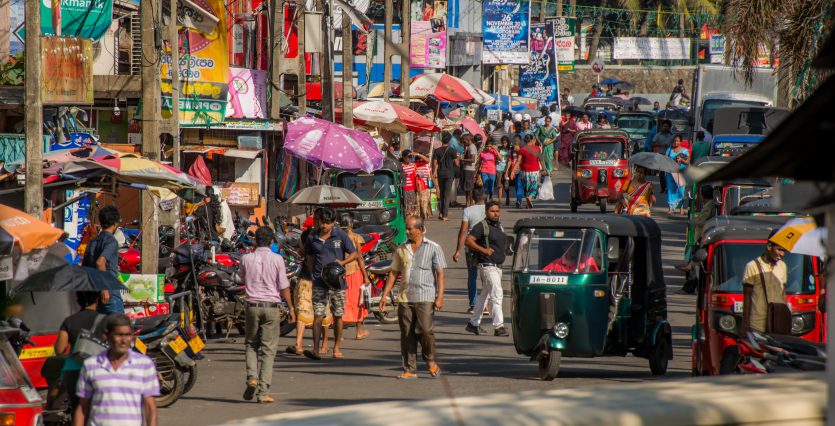 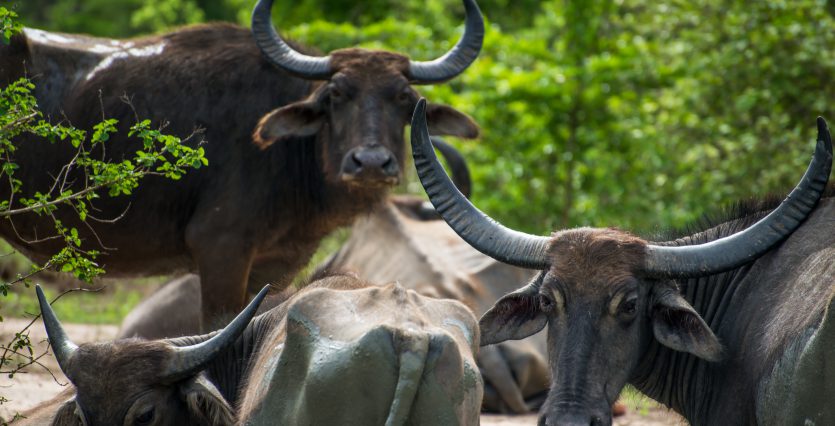 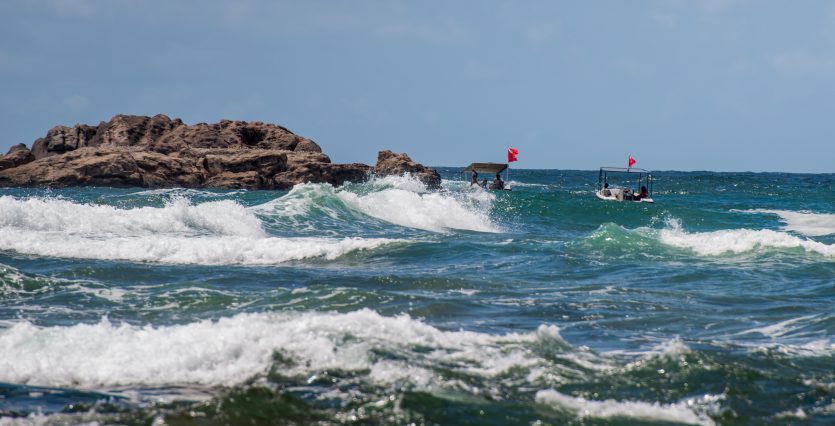 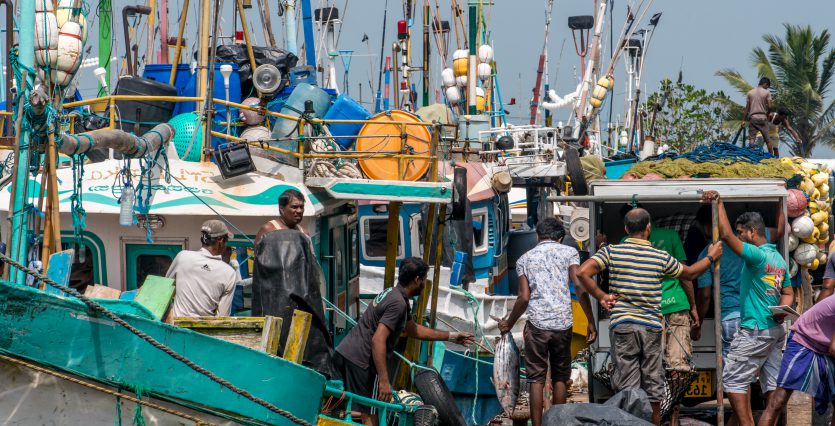 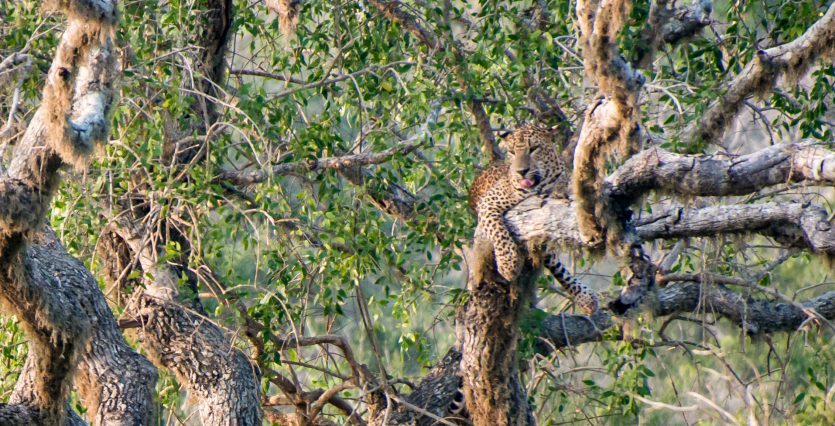 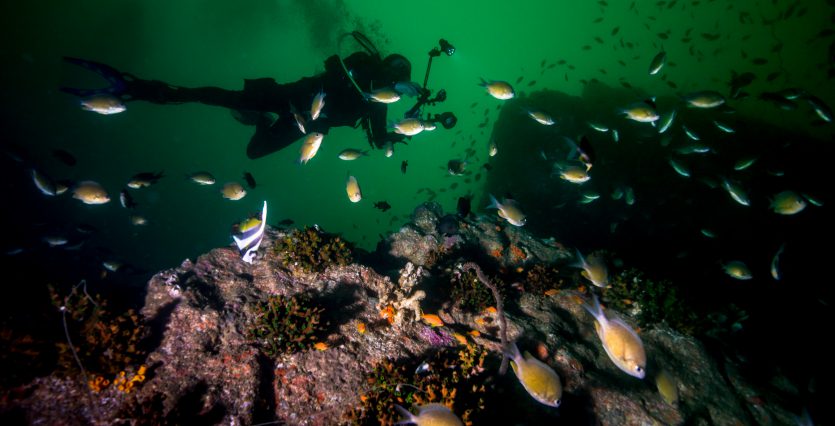 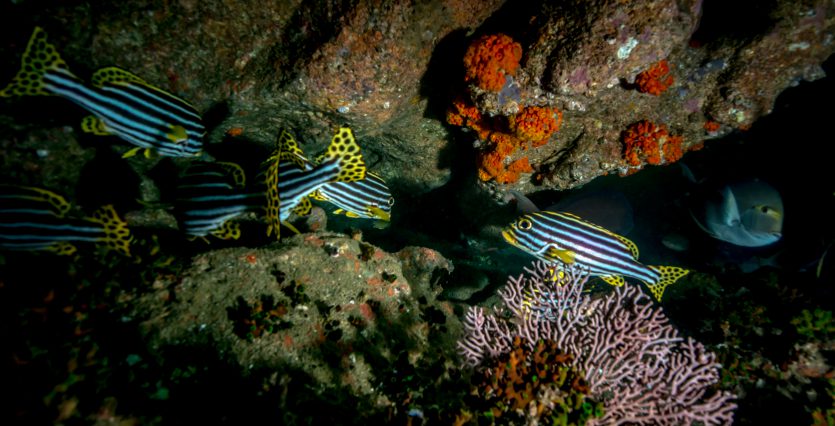 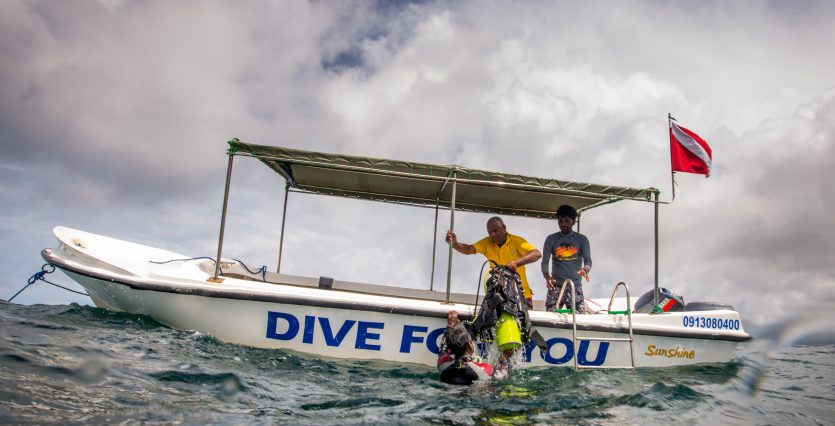 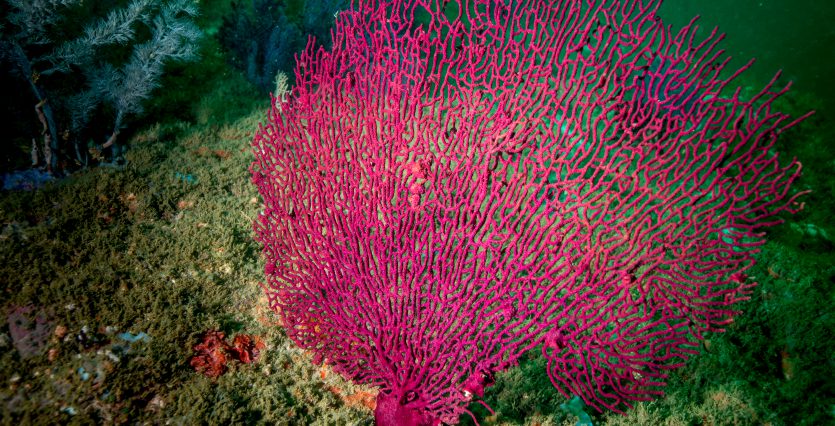 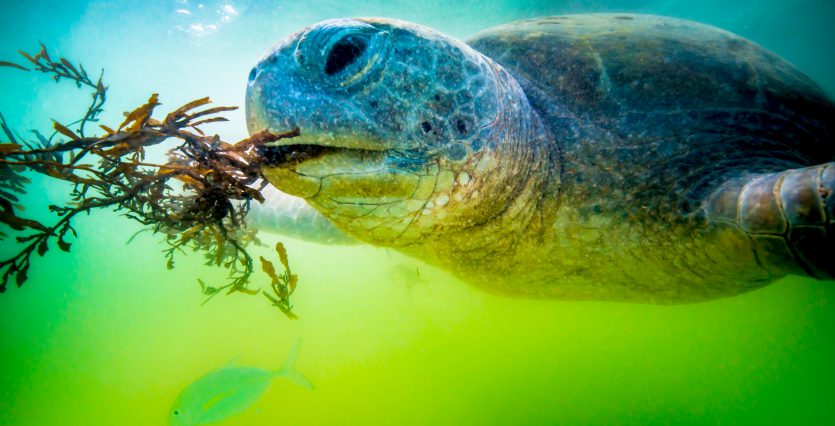 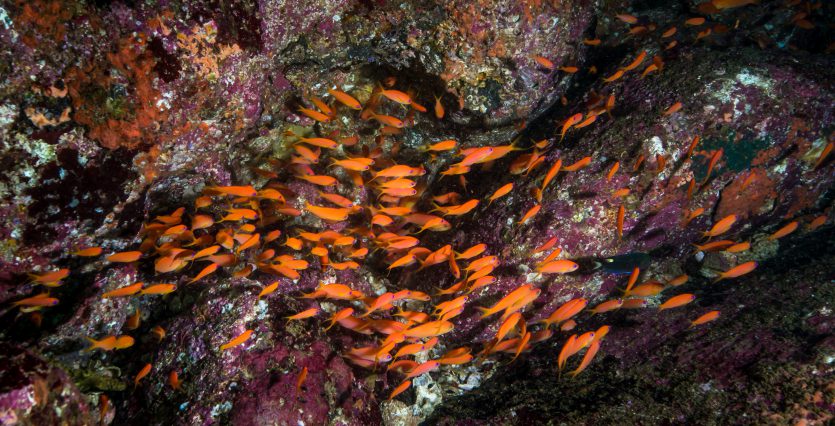 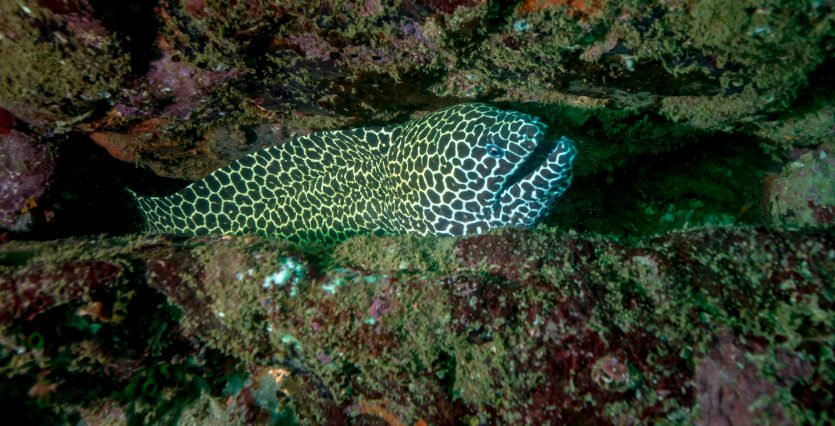 A vast and green territory, marvelous beaches, the Indian Ocean, who could ask for anything more?

Like most tourists, we could not have imagined the wealth or the agonies of this land until Wassanta, our guide, told us some of the history of this green pearl in the Indian Ocean. It’s southeast of India, but only twelve hours by plane from the capitals of Europe.

During the British rule it was called Ceylon, but when it regained fully independent status in 1972 it became the Republic of Sri Lanka, its old name that dated back two millennia. Today, after more than 30 years of strife and civil war, a wind of revival blows through this island nation, which throws its doors open wide to tourism. Since 2009, the country has had stability, peace and economic growth.

We arrived at Bandaranaike International Airport, about 100 kilometers (62 miles) from Colombo, the capital, and headed south on the road to Galle at the southern tip of the island. The change of scenery was total from what we knew or expected. We passed fertile plains under cultivation and lined by many coconut trees, mangrove forests, villages and a coastal zone of beaches and lagoons. According to our driver, the interior landscape has a more mountainous topography, with tropical jungles, savanna grasslands dotted with acacia trees, rice fields, and tea plantations. The land shows the influence of both the monsoons and human habitation. Although life thrives everywhere, in some places we saw evidence of the disastrous 2004 tsunami that struck the coastal zones of this paradise. We also discovered a culture and an island that hardly fits any clichés. Its 20 million inhabitants, who are mostly Buddhist or Hindu, were welcoming and very proud of their country.

Though we had to restrict our trip to the south and in particular to the southwest of the island, we discovered a many-faceted country. The wealth of the land and marine flora and fauna was most interesting during our November visit.

The first destination of our trip was Uda Walawe National Park. This main animal reserve is situated at the center of the island. Its open savanna allowed us to easily observe numerous elephants (more than 500). We also met monkeys, buffaloes, and bears, as well as reptiles. At the “Elephant Transit Home” orphanage situated within the park, we were able to see the sick or orphaned baby elephants that were being rehabilitated and would later be returned to the wild.

The next leg of our journey was a must see. Yala National Park is located on the southeast coast. It is the most visited park in Sri Lanka and is renowned for the variety of its fauna as well as for the diversity of its ecosystems, which go from forests and meadows to wet zones of fresh and marine water. Its fine sandy beaches were appreciated for taking a rest during our safari. There are about 200 bird species, many reptiles and insects, and 44 mammal species, including elephants in the park. The park also has one of the world’s highest densities of leopards. We were able to sight six.

Continuing on toward our destination of Hikkaduwa, we frequently stopped along the road, which goes west along the south coast towards Matara. Short detours allowed us to discover temples, dagobas, archaeological remains, and attractive creeks and beaches.

We visited the breathtaking “Blow Hole” at Hummanya. In the fishing port of Mirissa, the smell of dried fish greeted us. Mirissa is the starting point of the whale-watching boats. We stopped at the fortified city of Galle, with its narrow perpendicular streets, squares, Baroque churches, and colonial houses.

Reaching Hikkaduwa, our base camp, we found there the largest concentration of dive centers of Sri Lanka. At Hikkaduwa, divers can dive in one of the country’s three national marine parks. Hikkaduwa is one of the trendiest spots, best known for its magnificent beaches.

The reef is rich with more than 60 coral species and 170 fish species. The ocean temperature does not vary much and is about 28 degrees Celsius (82 degrees Fahrenheit).

Our host, Malinda Abeyratne, is a former pastry cook who converted to tourism! Fascinated by the ocean, he first became a freediving instructor, then a scuba instructor, and he now runs the Dive for You dive center. He has a great dedication to the environment, and he collaborates with the authorities as well as with the Sri Lankan navy, for which he trains divers. He is also involved in numerous environmental protection associations. Due to his experience and knowledge, he participated in developing a series of rules and regulations recently implemented by local authorities to protect the richness of the reefs. Other associations and some dive centers are following the idea and proposing eco-responsible diving with varying degrees of success.

According to Malinda, the best time of the year for ideal diving in this part of Sri Lanka is from mid-November through April. This is the least rainy and the sunniest period. Temperatures are ideal and schools of playing dolphins, tortoises and sometimes, whale sharks can be observed. If you are lucky, you can even hear the songs of humpback whales peacefully swimming offshore.

Malinda recommended some particularly interesting sites for photography. One, the Kirala Gala dive site, has flats interspersed with impressive rocks. Located at a depth of 40 meters (130 feet), the aligned rock pillars and pinnacles harbor many schools of reef fish and awesome soft coral. Around the base of the rock, columns are red-toothed triggerfish, barracuda, oriental sweetlips, moray eels, and bannerfish. In season, manta rays can also be observed.

Black Coral Point is one of the most beautiful sites of the Hikkaduwa region. The gorgeous multicolored corals that cover a reef between 20 and 35 meters (65 – 114 feet) down attract many varieties of fish, such as clownfish, angelfish, snappers, moray eels, and lobsters. And you will find black coral there. According to Asanka, our dive guide, you will sometimes come across whale sharks.

One of the most popular sites of the region is Goda Gala. About 20 minutes by boat from Hikkaduwa and easily accessible with a maximum depth of 30 meters (98 feet), Goda Gala is a spot not to be missed. However, it is necessary to keep in mind that the Indian Ocean is also characterized by underwater currents that are sometimes very strong and could be dangerous.

Finally, not far from there, the wreck of the Conch is interesting for its atmosphere. Grounded on a sandbank at shallow depth, the Conch is a comfortable shelter for numerous species, including nudibranchs as well as turtles. The wreck is easily accessible when sea conditions are good.

Both novice and experienced divers can find suitable and enjoyable dives in the waters of southwest Sri Lanka. Photographers and videographers will encounter many different photogenic species, ranging from small nudibranchs to decent size jellyfish to whales, so a variety of lenses is a must.

Both on land and in the water, the non-diver will find pleasure too, walking and relaxing on fine sandy beaches, discovering the natural landscapes and tropical luxuriance, or shopping in the craft shops. In the evening, local restaurants will invite visitors to taste the seafood dishes. We particularly enjoyed the slipper lobster.

The population of Sri Lanka is welcoming and has a strong sense of hospitality. Everywhere during our trip, our hosts and our guides helped us and informed us, always with a smile.