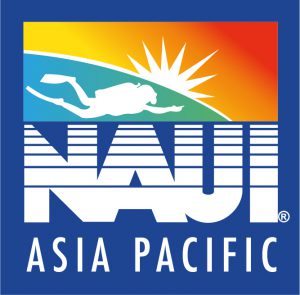 Tampa, Fla., (May 24, 2016) – The National Association of Underwater Instructors (NAUI Worldwide), a leader in recreational scuba diver training and certification, is pleased to announce that what was once known as NAUI Pacific Rim has just received the approval to henceforth be recognized as NAUI Asia Pacific.

The name modification has been refashioned primarily to assume a more specific definition of its member territory. NAUI Asia Pacific Services is the service center for NAUI members residing in the countries of the Pacific Rim. The goal of this initiative is to expand the brand to the unexplored parts of the landlocked regions in Asia.

‘Asia Pacific is a better name than the Pacific Rim, not only in terms of the countries around the Pacific Ocean region, but to broader parts that also cover the whole of Asia,’ said William Tong, NAUI Asia Pacific Training Manager.

The launch of the new re-branding endeavor is planned for the 2016 Malaysia International Dive Expo (MIDE) at Putra World Trade Centre, Kuala Lumpur, scheduled for July 29-31, specifically due to the exhibit’s reputation as a meeting place for dive businesses and decision makers for trade networking. NAUI members will be invited to join in on the re-branding announcement during the Asia dive business exhibit.

NAUI Pacific Rim serves as the conduit to consistently improve and upgrade the level of proficiency and efficiency of the NAUI Worldwide membership, ensuring NAUI remains a premier trainer of instructors and divers in the sport of recreational diving, with the overall responsibility and emphasis on ‘Dive Safety Through Education,’ the Association’s motto.

For more information on the Kuala Lumpur tradeshow, visit http://mide.com.my/.

To learn more about NAUI’s role in The Definition of Diving, follow us on Facebook at https://www.facebook.com/NAUIWorldwide/.