The Red Sea’s warm, clear waters and multicolored reefs, have long been one of the world’s premier diving destinations. More than 300 diving centers in the Sinai Peninsula region receive more than 1.6 million divers annually — an incredible number of visitors and incredible dives! 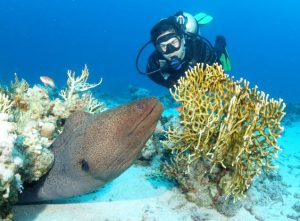 This summer, a group from NAUI Brazil visited Egypt, beginning with the main tourist attractions of that legendary country — Alexandria, the pyramids of Giza, and the temples of Luxor and Karnak, where we took a balloon ride to see the sights from overhead.

The following week our group traveled to Hurghada City, o 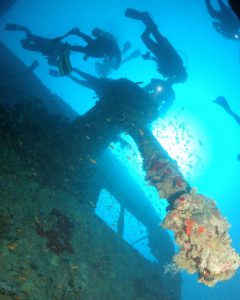 ne of the gateways to Red Sea diving, and exchanged the desert scenery for the blue sea and seven days of adventure on a liveaboard,

In total, there were 22 dives in a sparkling underwater world with more than 200 species of coral, 1200 species of fish (of which 20 percent are endemic), and incredible shipwrecks, which are one of the great attractions of the region. 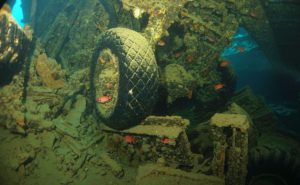 Over the years, many ships have sunk in the Red Sea, whether by storms, captains deceived by treacherous currents and reefs, or wars; and today, they lie on the bottom, easily accessible and a delight for divers. 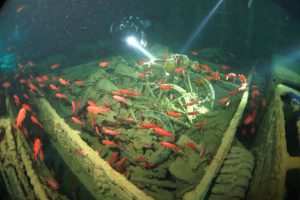 and El Minya (1969). It was an incredible adventure, in such a short space of time.

We were able to make two dives on the most iconic wreck of all, the SS Thistlegorm. During World War II, the Thistlegorm was bringing supplies from England to 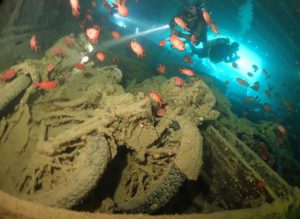 Alexandria, Egypt, and because of the German and Italian presence in the Mediterranean, it made the trip via Cape Town, South Africa, where it refueled and headed up the east coast an into the Red Sea toward the Suez Canal. On October 6, it was discovered near Ras Muhammad at the south tip of the Sinai Peninsula and sunk by German bombers. Thistlegorm‘s easily accessible cargo includes still intact trucks, railway wagons, motorcycles, guns, and many other attractions. It was definitely a highlight of our trip

NAUI has been present in Brazil since 1996 and has trained thousands of divers with our safety standards, who now travel the globe with our flag.