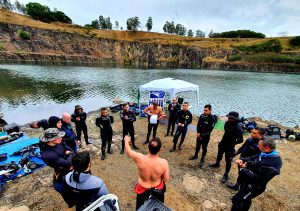 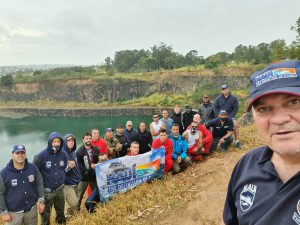 The intention of the NAUI Public Safety Diver course is to enable divers to search and retrieve objects and bodies in adverse environments with zero visibility without losing forensic evidence or altering evidence. It is also to prepare them to perform an effective planning, map different locations, administer interviews with witnesses or relatives of victims, analyze the risks of submerged workplaces, manage the available resources, among other skills necessary as a member of a Dive Team Public Security. 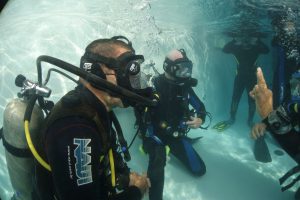 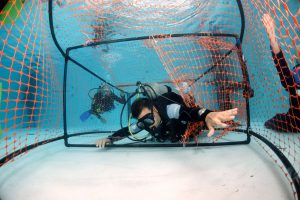 A complete review of the main subjects of diving, such as Applied sciences, diving safety, diving tables (we apply the modified RGBM and NAUI US Navy tables), diving environment, natural and Instrument orientation, deep diving, diving techniques search and recovery, diving without visibility and rescue materials, is mandatory, as well as knowledge assessment. Specific PSD materials, such as record keeping, risk management, diving in contaminated water and post-dive decontamination, timing with the public security forces at the event site, meeting the needs of the Judiciary Police, preserving the crime scene, using the underwater photography and sketching for recording a crime scene, collecting evidence, specialized equipment, among others, are also part of the program. 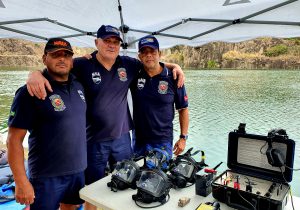 There were three days in the open water activities of the PSD NAUI course, held in a quarry suitable for this stage of the course, with several submerged vehicles and water with reduced visibility, the candidates alternated their participation in the different functions in the team, such as: Primary diver, Safety or support diver, diver 90% ready, group supervisor, cable helper, documentary technician and equipment technician, in addition to applying all the skills developed in confined water sessions. 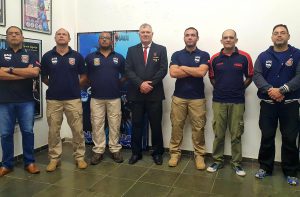 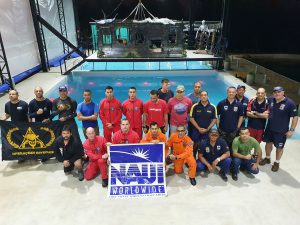 The Loss of a Great Member

Time To Dive Belgium has a new owner