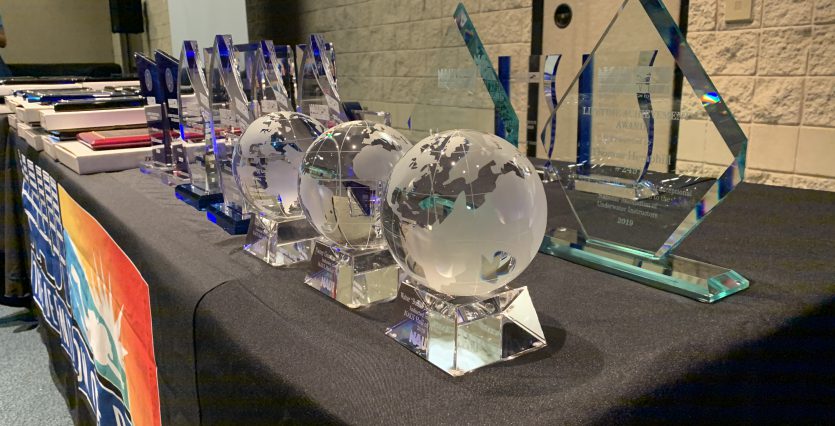 As part of its long tradition of recognizing excellence and leadership in the dive industry, the National Association of Underwater Instructors (NAUI Worldwide) membership has selected official NAUI award recipients for 2019. Recipients are to be formally announced and honored Thursday, Nov. 14 during the DEMA Show in Orlando, Florida.

NAUI awards recognize the contributions and services of industry professionals and groups made to both NAUI and to the greater diving community.

“As a democratic association, members proudly recognize those who represent the best in NAUI, our mission, and sport diving in general in such a way as to deserve special merit and attention,” said NAUI Executive Director Rick Lorimor.

The NAUI Awards Ceremony will be held prior to and in conjunction with the NAUI Annual General Membership Meeting (AGM), which will be held in the Orange County Convention Center West concourse (9800 International Drive, Orlando, FL 32819), room W206A/B, on Thursday, Nov. 14, 2019, at 2 p.m. (EST).

“This year’s recipients have each made a significant difference to scuba education, to NAUI’s mission and programs, to the environmental consciousness, and/or to diving safety,” said Lorimor. “Congratulations to the NAUI Award recipients for 2019! On behalf of NAUI Worldwide, the Board of Directors and members worldwide, I thank you for your continued commitment to excellence and innovation.”

Following the awards ceremony, a reception will be held at an offsite location from 6 to 9 p.m. (EST). The Member Reception will be held at the Pirate’s Dinner Adventure (6400 Carrier Drive, Orlando, FL 32819). This event is free for NAUI members. And by popular demand, for the first time, the reception will be open to the public at a cost of $65 per ticket. The cost includes dinner, a cash bar and the pirate show. Click here to get registered for the party.

At the party, there will be a silent auction to benefit NAUI Green Diver. Nearly $25,000 worth of merchandise, dive equipment, and dive trips will be up for auction. Click here to get registered for the auction and to check out the items available.

Descriptions, criteria and the list of award recipients can be found at www.naui.org/awards/.

Founded in 1960, NAUI Worldwide is one of the scuba industry’s largest agencies whose purpose is to encourage people to enjoy underwater activities as safely as possible by providing the highest quality practical education, and to actively promote the preservation and protection of the world’s underwater environments. As a pioneer in diving education, NAUI has developed many of the programs and concepts accepted throughout the diving industry. NAUI: The Definition of Diving! For more information on NAUI, call 1.813.628.6284 or visit www.naui.org.