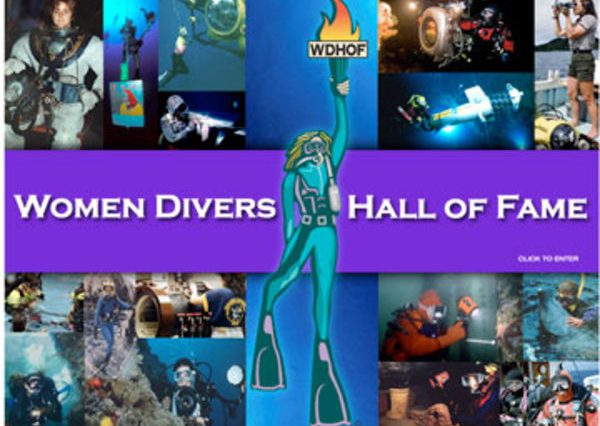 Tampa, Fla., (March 21, 2017) -The National Association of Underwater Instructors (NAUI Worldwide) has a rich tradition of being where leaders dive and receive their advanced training, and in supporting Ya-yu Monica Hew, Yasmeen Smalley-Norman and Kara Wall, to become NAUI leaders, NAUI proudly continues this tradition. 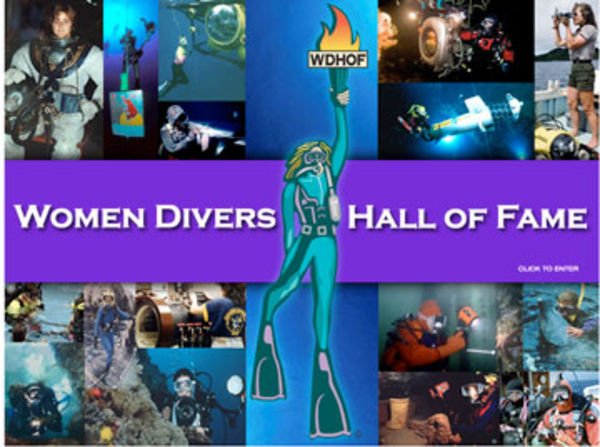 The Leadership Training Grants, the first of their kind awarded by the Women Divers Hall of Fame (WDHOF), were well received and competitive. In fact, the number of qualified and exceptional applicants led the NAUI Board of Directors (BOD) to provide the WDHOF scholarship committee with additional funding – enough to provide two full grants and co-sponsor a third alongside WDHOF.

‘After careful and extensive consideration, two applicants were found to be equally qualified so the NAUI BOD made a decision to double the grant. Both top applicants submitted superb write-ups in describing why they wanted to become a NAUI Instructor, which really spoke to NAUI’s core values. We all believe both will represent NAUI in an exemplary fashion, and we look forward to being a part of their future in the industry,’ said NAUI Board Member Lonnie Sharp (NAUI 18314).

The original monetary value of each grant approved by the NAUI BOD was $1,000. Then, NAUI Services Group Executive Director Dallas Edmiston (NAUI 4099) agreed to offer supporting learning materials to supplement the monetary component to be used for tuition, making the total value of each grant worth up to $2,500. With WDHOF as a co-sponsor for a third grant, three recipients were selected. The grant money may be used at any NAUI business that the candidate selects to provide the training path she determines is most suitable for her.

In 2016, the NAUI BOD approved a motion by Board Member Lonnie Sharp to provide a grant through the WDHOF for a female candidate seeking to become a dive leader. The grant may be used to fund any of the leadership courses that NAUI offers, including Familiarization Instruction and Testing (FIT) and Divemaster, Assistant Instructor or Instructor, with the aim of inspiring women to make careers in diving.

‘NAUI’s focus has been on ways to increase diversity to better reflect the global population at large and to cast a wider net,’ said NAUI Board Member Michael Feld (NAUI 50134). ‘There was agreement that our diversity strategy must also include finding ways of attracting more women to participate through marketing and other means.’

The WDHOF, an international non-profit and professional honor society of female divers, was the chosen organization to assist with achieving this goal. Part of the WDHOF mission is to ‘support the underwater world and its associated careers by promoting opportunities for women and men in diving through scholarships, internships and mentorship opportunities.’ The Women Divers Hall of Fame scholarships and training grants are awarded yearly in March at Beneath the Sea in Secaucus, New Jersey. The program began in 2002 with three scholarships being awarded to four individuals. In 2016, they had a record number of applications and are awarding $71,700 to 43 deserving individuals.

Please join NAUI in welcoming its WDHOF Leadership Training Grant recipients as future NAUI leaders who will no doubt continue the NAUI tradition of Defining Diving.

Monica received her M.S. in Aeronautics and Astronautics Engineering from Stanford University in 2015, and is currently a Ph.D. candidate at Stanford. She started diving in college and also holds a Full Cave Diving certificate. Her career goal is to become a mission engineer astronaut in the space program and help humans to advance into new frontiers in space exploration. Through diving, flying, and many other hobbies, Monica is preparing herself to become a competent astronaut candidate. She is also an active student advocate of women involvement in diving, flying and STEM education.

Yasmeen graduated in 2013 from Rochester Institute of Technology with a B.F.A. in Photojournalism and a B.S. in Biomedical Photographic Communications. She is an underwater photographer, 3D modeler, Divemaster and science communicator whose passion is documenting the endangered wonders of our underwater world. Yasmeen is currently conducting marine research as a 2016-2017 Fulbright scholar in the Philippines, where she creates 3D models of vulnerable and endangered coral species. She has been teaching this technique to local scientists and looks forward to growing as a teacher and leader with NAUI.

Kara is currently finishing her Master’s degree in Marine Ecology from the University of South Florida’s College of Marine Science where she is using scuba to collect data in order to study the benthic communities on the West Florida Shelf. While conducting her research, Kara has had the opportunity to supervise and train a number of young divers, teaching them scientific diving techniques and dive safety. With this award, Kara intends to attain her instructor certification to learn additional skills in an effort to be the best possible mentor to young science divers.

To find out more about these accomplished young leaders, as well as how to become a Women Divers Hall of Fame Associate Member or Donor to support their scholarship program and mission, please visit www.wdhof.org.