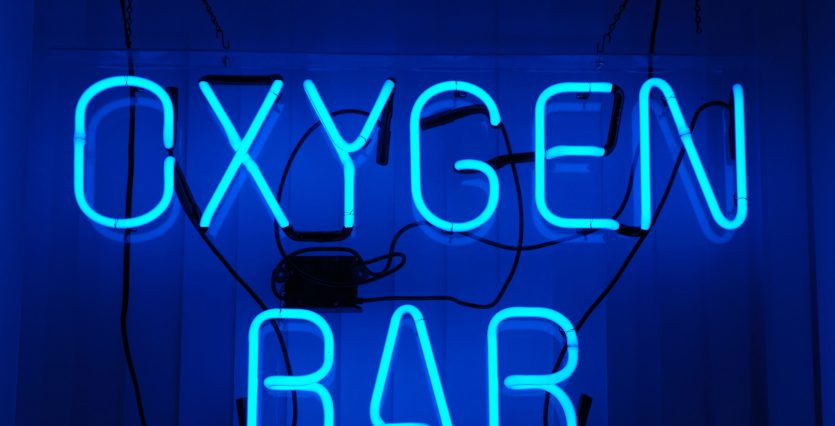 Is Oxygen a Mood Altering Gas? 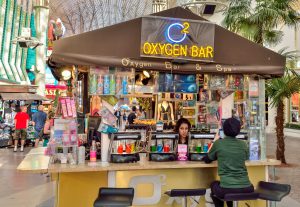 Of many popular myths, some are easy to identify by simple observation. One common story is that birds will explode or get expansion injuries from eating uncooked rice thrown at weddings, but you can observe that birds regularly eat raw rice in rice paddies, along with other uncooked grains and whole seeds, without any ill effects.

There are popular myths about breathing oxygen that is also easy to check by direct observation and by testing in a lab. For example, does breathing 100 percent oxygen help football players? Ameliorate hangovers? Lessen or stop migraines? Make you feel good during hyperbaric therapy? Make you feel good after nitrox dives? Help libido? All of these statements are myths — except one.

Football: Some football players breathe 100 percent oxygen believing it will help athletic performance or recovery. Short athletic events like sprinting and tackling don’t depend on oxygen, they use fuel stored in your muscles. For that reason, these events are called anaerobic, meaning “without oxygen.”

At rest and even during most exercise, your blood already carries almost all the oxygen it can hold, and unless you are very ill or at elevation, your blood oxygen levels stay almost completely saturated. How in-shape you determine how much of your blood oxygen you can use. Supplying more does not make your body use more. Oxygen supplementation only minimally increases blood levels. Any small increase in blood oxygen saturation from breathing bottled oxygen will be gone by the time players leave the sideline and get back onto the field and in formation.

Hangover: Anecdotes circulate about people trying to alleviate hangovers with oxygen. Understandably, people will try just about anything. However, oxygen does not influence the course of a hangover. You oxidize alcohol at the rate of only 5 to 10 milliliters per hour no matter what you do. You can’t change that rate with coffee, showers, fresh air, or oxygen.

Oxygen’s lack of effectiveness against alcohol aftereffects has been demonstrated experimentally and is so well established that oxygen is used as a placebo in studies of alcohol withdrawal treatments. Some of those tests evaluate agents that try to bind the unhealthy breakdown products of alcohol. Oxygen does not do that.

Headache: One of the mechanisms proposed for at least one stage of some kinds of migraine and cluster headache is enlarged and inflamed brain blood vessels. The most common therapies involve vasoconstricting pharmaceuticals, ice hats, and oxygen. Breathing 100 percent oxygen constricts brain blood vessels. Hyperbaric oxygen therapy has been under investigation for years for effects in aspects of some kinds of headache.

Migraine and cluster headaches are distinct from alcohol hangovers. However, of the classic food triggers for migraine, two are red wine and beer. Substances that sometimes trigger or aggravate cluster headaches include those that enlarge blood vessels, like alcohol. The resulting headache often takes a day for onset. Oxygen has no effect on the hangover but may relieve part of the migraine or cluster headache that was confused with or appeared concurrently with a general hangover headache. 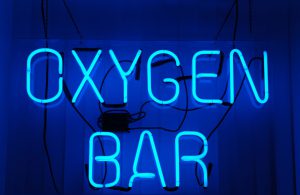 Hyperbaric Treatment: Divers receiving treatment in a hyperbaric chamber for various illnesses or diving accidents wonder when the happy feeling they expect never comes. Some ask when they will start their “high.” It’s a misconception that hyperbaric oxygen treatments can elevate mood due to oxygen. A possible clarification is that sickness or injury compromise your oxygen carrying and delivery system and make you feel ill, and decompression sickness causes pain and other effects. Physical feelings of well-being and, consequently, spirits improve after treatment restores adequate oxygenation or relieves decompression symptoms. If the the lack of oxygen is making you feel bad, then restoring normal levels stops the deficit. Adding extra does not elevate mood further.

Nitrox Diving: Some divers using oxygen enriched air or nitrox, report feeling better after dives than after comparable profiles on regular compressed air. A factor may be decreased nitrogen, but it’s not increased oxygen. With nitrox, the proportions of both oxygen and nitrogen are altered. Beware of automatically crediting only the change in oxygen with your results.

Regular compressed air diving also dissolves more oxygen in your body than occurs from breathing at the surface. If you enjoyed the dive, you may have high spirits, but they are not specifically from increased oxygen partial pressure.

Why do some people say they feel better with oxygen-enriched air? High nitrogen burden has been speculated to be one of the culprits in fatigue after dives. Extreme fatigue is sometimes classed as a subtle indicator of mild decompression illness. Reducing nitrogen burden reduces the likelihood of nitrogen related fatigue.

Libido: There is no evidence of any physical aphrodisiac capability of oxygen for someone of general good health. That doesn’t mean that you don’t feel good at the idea of an interpersonal event; just that you are probably doing the effect yourself, not through the use of supplemental oxygen.

Carrying oxygen cylinders while jogging or biking presents practical problems. If you want to get more oxygen to your cells for greater long-distance ability, there is an inexpensive practical way to do it yourself. Regular aerobic training enhances your body’s entire oxygen-carrying and using a system.

Oxygen is good, no doubt. Many purported properties are fiction. Now you know them. Some are real. With regular exercise, you will have a greater oxygen-carrying and delivery system built into your own body with many healthful effects. You can feel good about that.

Dr. Jolie Bookspan is a research scientist whose work has taken her to U.S. Navy labs, underwater labs, aviation cockpits, and mountaintops to test and safely extend human survival and improve performance. Dr. Bookspan was inducted into the NAUI Hall of Honor and is a Fellow of the Wilderness Medical Society. For her books on diving medicine and health for divers, hyperbaric chamber treatment, and becoming credentialed, see Dr. Bookspan’s website books page http://www.DrBookspan.com