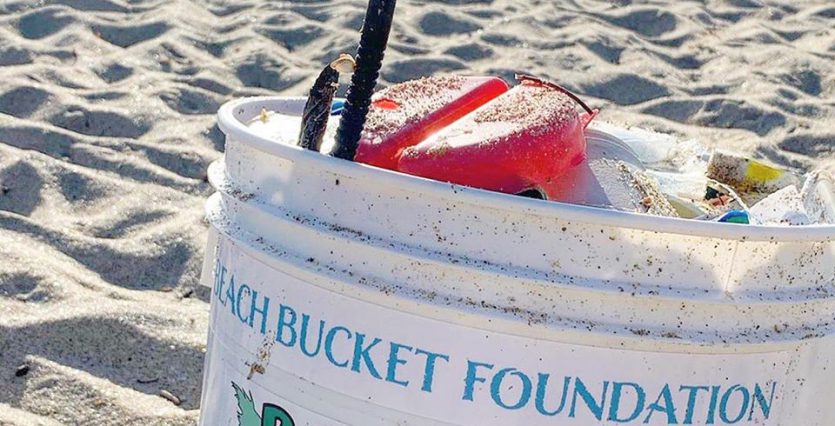 Beach Buckets to Pick Up Trash

Lined up in neatly made wooden stands, five gallon buckets are being 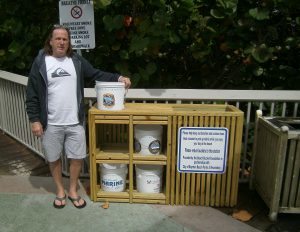 made available on public beaches as an initiative to encourage people to pick up trash. “I noticed a lot of trash in the ocean. I was diving, it was another world. Then I’d see a plastic bag or a water bottle. It made me think,” Andy Abbott said.

“I was doing volunteer work at Jonathan Dickinson Park. I picked up cigarette butts and trash. I found myself with an armful of garbage one day with nothing to carry it in,” Abbott continued.

Sometime later, Abbott participated in a beach cleanup initiative by the Surfrider Foundation. The organizers provided buckets and gloves, and Abbott spent the morning picking up trash. When he retired to his tent, where he was staying overnight in the park, he felt good about helping the environment. His thoughts turned to an idea: Why not have buckets on the beach all the time? 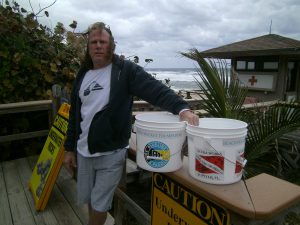 From this thought Abbott has created the Beach Bucket Foundation, a non-profit organization, to place five gallon labeled buckets in stands on public beaches. The idea is simple. Anyone wanting to pick up trash on their walks can simply take a bucket. When done, they dump their collection in a trash can built into the stand and return the bucket to its place.

All of this required permissions from park authorities. Abbott was put in touch with Laurie Schobelock, then Palm Beach County’s Parks and Recreation Aquatics Director. The idea was taken to the park board and approved as an experiment for Carlin Park in Jupiter. 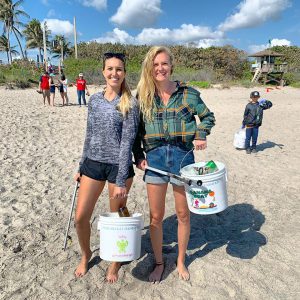 “Once I got the OK from the county for Carlin Park, I started reaching out to other municipalities,” Abbott said. Tom Mahady, Boynton Beach’s Ocean Rescue Chief, liked the idea as did Rebecca Harvey with the city. Boynton Beach worked with Abbott and now has three beach bucket stations in Oceanfront Park.

“How am I going to pay for them?” this former Bayshore, New York, native asked himself.

He began to look for something that would satisfy his desire to make a contribution to preserving the environment. The practical aspect loomed large. He had to buy five gallon buckets, wood and materials to create wooden stands to hold them along with a trash receptacle. The stands had to be esthetically attractive as well as practical in public parks.

Abbott decided to market beach buckets to local businesses: “I wrap their logos on buckets. They get advertising and will be on our website and social media. I needed to get the county, municipalities, local businesses, and the public involved. The idea was to bring awareness to beach goers. With that we will be trying to get local businesses to sponsor beach cleanups throughout the year and enhance community involvement.” Abbott is enthusiastic. 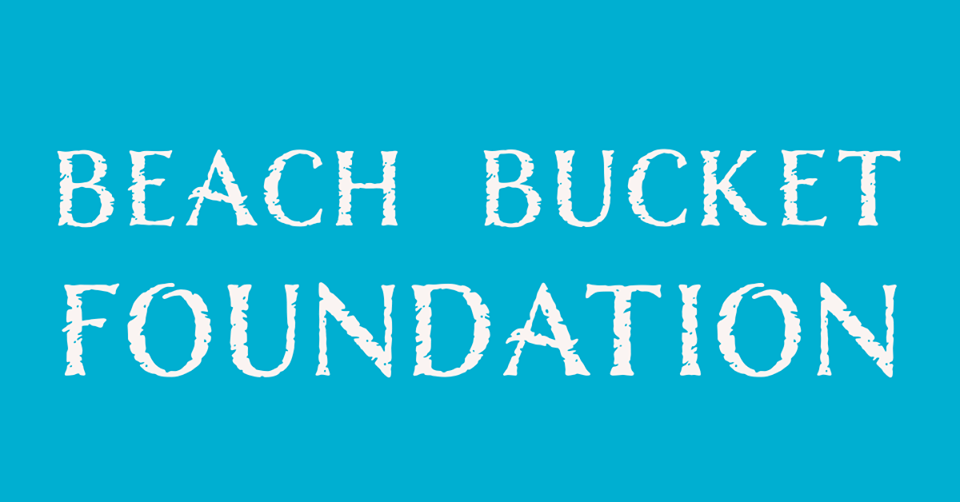 The Beach Bucket Foundation hopes to have volunteers who will monitor stations in the parks. This will ensure the buckets and stations are orderly. Park personnel routinely empty station garbage cans. In some cases foundation buckets have been stolen, even at this early stage, it is an ongoing cost and concern for Abbott, who has to replace them.

Pitch in. Now beach goers will have buckets they can borrow to throw trash picked up on local beaches. A good initiative to preserve the pristine beauty of sand and surf.